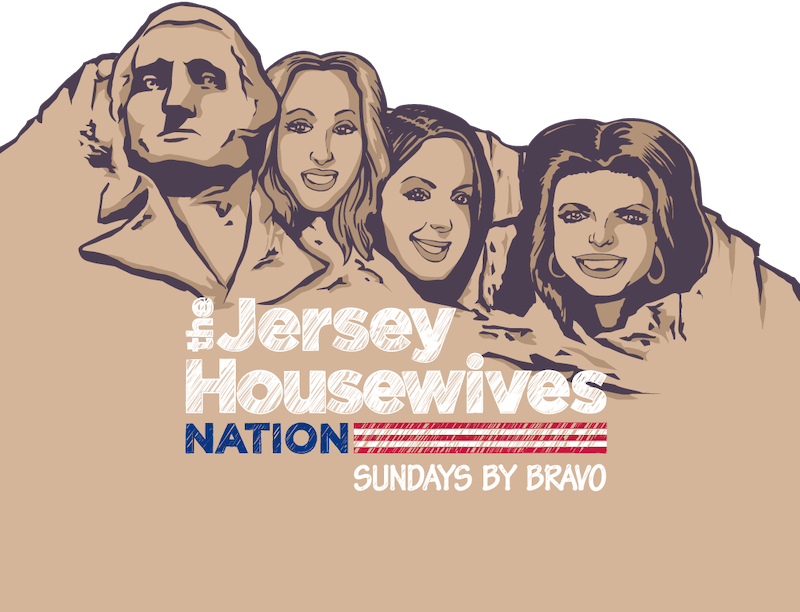 What better way to celebrate the long holiday weekend than with festive Real Housewives of New Jersey July 4th Snapchat filters? Plus, the themed-geofilters, which target cities across the nation, are the perfect way to get ready for the upcoming RHONJ Season 7 premiere on Sunday, July 10. The filters will surely put a spark in Bravo fans' plans, not to mention up their Snapchat game greatly.

According to Bravo, "the filters will 'Jersify' noteworthy locations including national monuments, tourist locations, and more." With help from Situation Interactive, the filters are pretty entertaining and a super fun way for RHONJ fans to express their love for the reality series. Only three of the cast members are featured throughout the filters, but Teresa Giudice, Melissa Gorga, and Jacqueline Laurita are the current biggest RHONJ stars, so it makes sense.

As exciting as all of this sounds, only certain cities will have access to the filters. I get that major cities are being targeted, but it's still a bummer that some fans won't be able to "Jersify" their Snaps, including myself. Click here for the complete lis of locations and see if they'll be available to you for July 4th.

With that, here are just a few of the filters you can look forward to. (BTW, Teresa definitely has the best ones. Surprise, surprise.)

Is this supposed to be one of the Housewives' husbands or Jersey Shore's Pauly D?

See? I told you Teresa got the best filters.

Melissa does love her shopping.

Remember that time they went surfing on RHONJ?

A RHONJ trip to The Big Easy would be pure gold.

Possibly a new tagline for Teresa?

This has Andy Cohen written all over it.

Don't forget to use the filters during your July Fourth celebrations, because they're only available over the holiday weekend. (And don't forget to add Bustle on Snapchat, too, while you're at it. We're @bustledotcom!)