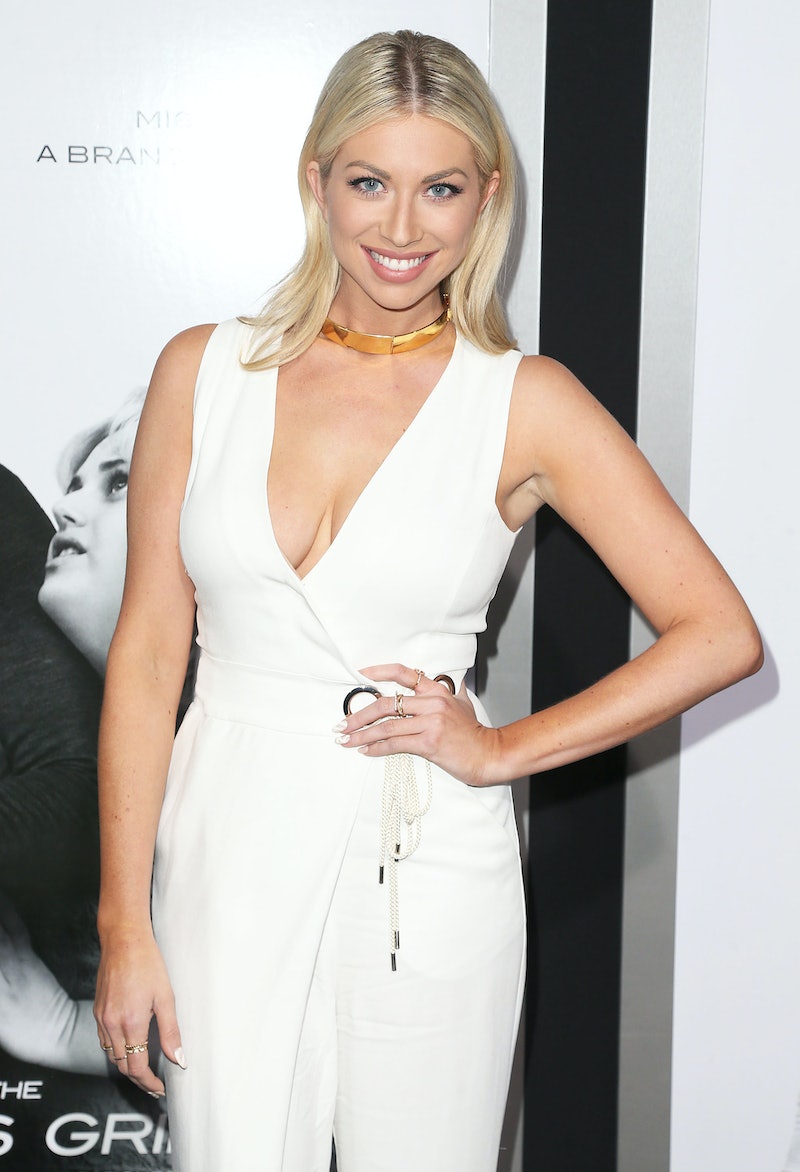 The following is a public service announcement for my fellow reality television fanatics: A certain ham-loving ham of a Bachelorette villain could be on Stassi Schroeder’s podcast. On Friday’s episode of Straight Up with Stassi , the Vanderpump Rules star (and card-carrying member of Bachelor Nation) revealed that future Bachelor in Paradise contestant Chad Johnson is slated to appear on her podcast. Yes, Chad and Stassi may podcast it up together for our entertainment. Am I ready for this pairing? Of course not. How could I ever be? How could any of us ever be?

While discussing the most recent episode of The Bachelorette on the latest installment of the semiweekly podcast, show guest/friend Rachael O’Brien asked Schroeder if she misses Chad. The Straight Up with Stassi host replied, “Uh, yeah.”

“I have an announcement to make,” Schroeder continued, “Chad’s gonna be on my podcast.”

And at that moment, the clouds parted, the sky turned into a mesmerizing blanket of glitter, and the sun ripped off its sunglasses as it smiled down on us. “Happy Friday,” the sun mouthed before giving us a thumbs-up. Our mortal eyes welled up with shimmering tears; Our hearts morphed into miniature smiling suns.

Schroeder went on to say she believes this blessed pod union will take place sometime next week while Johnson is in Los Angeles, but added that she’s worried that her saying anything about it has jinxed the whole shebang and the interview will fall through entirely and our Chad/Stassi pod dream will be nothing but a dream.

“I’m really excited about this because I want to give him a hard time and a chance to defend himself,” she continued, “and I feel like he can handle me giving him a hard time.”

Hey, as long as Schroeder brings some cold cuts to the recording studio, I'm sure Johnson will be a terrific sport. If JoJo Fletcher's season of The Bachelorette taught us anything, it's that the Chadinator really blossoms when he has a platter of deli meats at his disposal.