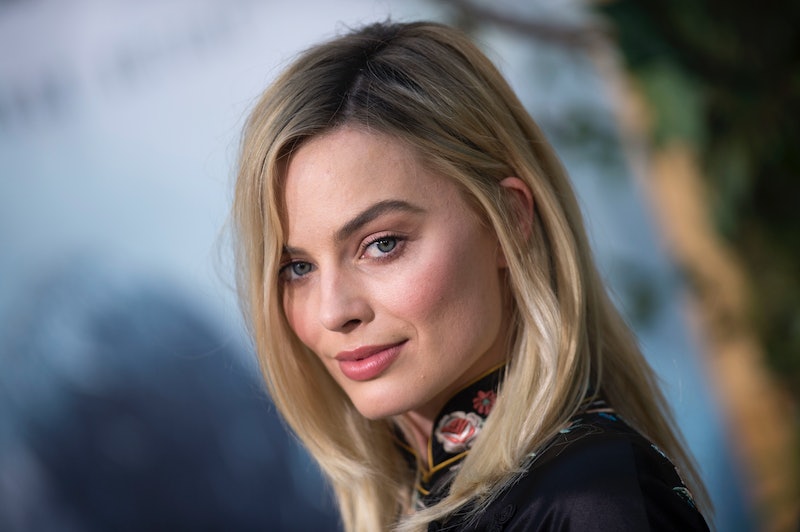 She's relatively new to the Hollywood scene, but 25-year-old Australian actor Margot Robbie has become kind of a big deal ever since her 2013 breakout role in The Wolf of Wall Street. But, despite her rising fame, Vogue's June cover girl has remained refreshingly down-to-earth. Case in point — Robbie shares a London flat with her boyfriend Tom Ackerley and four roommates because, as she recently told news.com.au, "It seems crazy to spend a huge amount of money on things you don't need." She also revealed that she's not ready to start a family and that she and Ackerley enjoy the "gypsy lifestyle" for now. The couple seem to be on the same page about the important things in life, but how did Margot Robbie and Tom Ackerley meet?

Although Ackerley isn't a household name like Robbie, he's also in the film industry working behind the scenes. According to his IMDb page, Ackerley is an assistant director whose film credits include Pride, Everly, and Suite Française. The pair met on the set of Suite Française, Robbie recently told Australia's Daily Telegraph and they officially became an item in 2014. They plan on relocating to Los Angeles later this year and, although show biz relationships can be tricky due to travel schedules, they make sure to never go more than three weeks without seeing each other. Robbie told the outlet:

"The most helpful thing I’ve learned from other couples in this industry is that you don’t go more than three weeks without seeing each other. Being in a long-distance relationship can be really hard when you don’t see the light at the end of the tunnel. It can mess with your head, so the three-week rule is key."

There's no official word on whether or not Robbie and Ackerley will once again have multiple roommates when they move to Los Angeles, but they're definitely in it for the long haul as a couple. Although they don't have plans to rush to the altar, Robbie told The Daily Telegraph that she definitely wants to "do the family thing" — but only when she's ready to make her kids her top priority. And since Robbie says that four kids sounds like a good number, she and Ackerley will definitely have their hands full when they do start a family.

Until then, they're busy building their careers and being an adorable couple. And, based on their down-to-earth, no frills lifestyle, it seems safe to assume that they'll impart great values to their future kids.