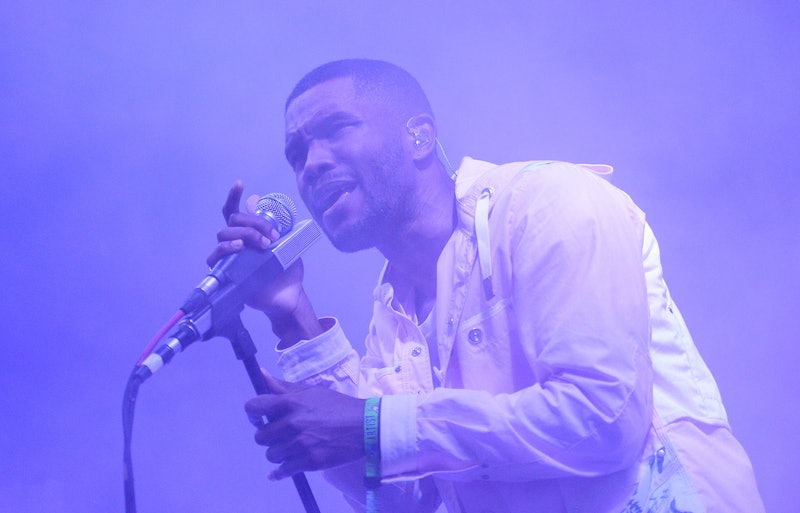 Have you been crying over wondering whether or not Frank Ocean's next album, his follow-up to Channel Orange, will ever drop? Same. Thankfully, it's looking like the agony inducing wait is over: According to the artist's website, Ocean's newest album — Boys Don't Cry — will drop in July. Yeah, that's soon. So. Soon. The big news comes via Frank Ocean's website, which was updated for the first time since last year on Saturday morning. Currently, it shows a library card with the last stamp marked as "July 2016." (Unfortunately, the precise date is scribbled over, but still. STILL.) That's 29 days or less.

Cleverly enough, the URL of the library card page reads "late." A call back to when Frank Ocean initially teased his third album's release date as July 2015? A whole year ago? I'd say this announcement — and this album — are a little overdue, and it looks like Ocean agrees. Fans have been clamoring for the opportunity to listen to new music from the artist because they've been promised some for at least 12 months now (and if we're all being honest, have been hoping/praying for some since 2012's Channel Orange). It's probably why a Twitter rumor about Boys Don't Cry's release date got so out of hand in June. (A reminder: a whole slew of Twitter users and fans believed Ocean's album would come out on June 3, thanks to a false tweet sent out by one account. Hype will make you believe crazy things.)

Boys Don't Cry will be Ocean's second studio album after his 2012 release Channel Orange, a well-received and acclaimed record that put the dynamic and talented artist on the map. In between then and now, Ocean's released a limited edition rarities album (Unreleased, MISC) and has appeared on a few other songs, but has been taking his sweet, precious time, putting out this highly anticipated follow-up. I mean, four years? Do you think he did this just to get us so amped and excited about the project? (If so, it's working.) Or did he just craft something so meticulously perfect and golden that it required this long to create?

Maybe a little bit of both, but whatever Frank Ocean's doing (toying with our emotions, et al.), it's been a long time coming, and I will say this. We're ready.