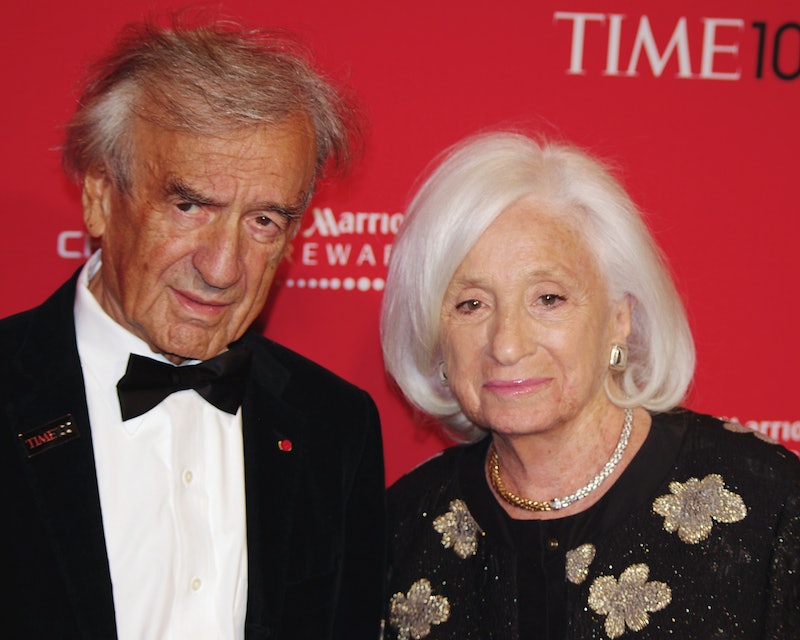 On Saturday, author, humanitarian, and Nobel Peace Prize winner Elie Wiesel died at age 87. Already, the world is profoundly feeling his loss. Wiesel is best known for his memoir, Night, which chronicled his terrifying experiences as a teenager in Auschwitz during the Holocaust. Originally written and published in Yiddish, Night was first released in English in 1960. Since then, it has become essential reading — a painful book that demands readers ask hard questions about humanity, about justice, about intolerance, about indifference.

Beyond his writing, Wiesel was known for his humanitarian work. Soon after he was awarded the Nobel Peace Prize in 1986, he and his wife, Marion, founded The Elie Wiesel Foundation for Humanity to combat indifference, intolerance, and injustice. Wiesel spoke often and loudly about the dangers of indifference.

On the night Elie Wiesel accepted his Nobel Peace Prize in Oslo, Norway, on Dec. 10, 1986, he succinctly explained why it is so very, very important that we never ignore evils being perpetrated against humanity simply because they do not affect us. In less than 10 words, he precisely describes why indifference is so harmful:

Wiesel practices what he preached. Though he will always be remembered for his work with Holocaust education, Wiesel was dedicated to stopping injustice everywhere, and he often spoke out about the genocides in Darfur and Armenia, and the Israel-Gaza conflict, among other international tragedies.

Wiesel's work will not soon be forgotten. Hopefully, his mission to combat indifference will not be forgotten, either.

More like this
Taylor Swift, Kerry Washington & More Speak Out On Uvalde Mass Shooting
By Jake Viswanath
Why The '365 Days' Sex Scenes Are Good, Even If The Movies Aren’t
By Arya Roshanian
Selma Blair Wrote Through The Pain
By Samantha Leach
Zosia Mamet Opens Up About Her Eating Disorder
By Zosia Mamet
Get Even More From Bustle — Sign Up For The Newsletter