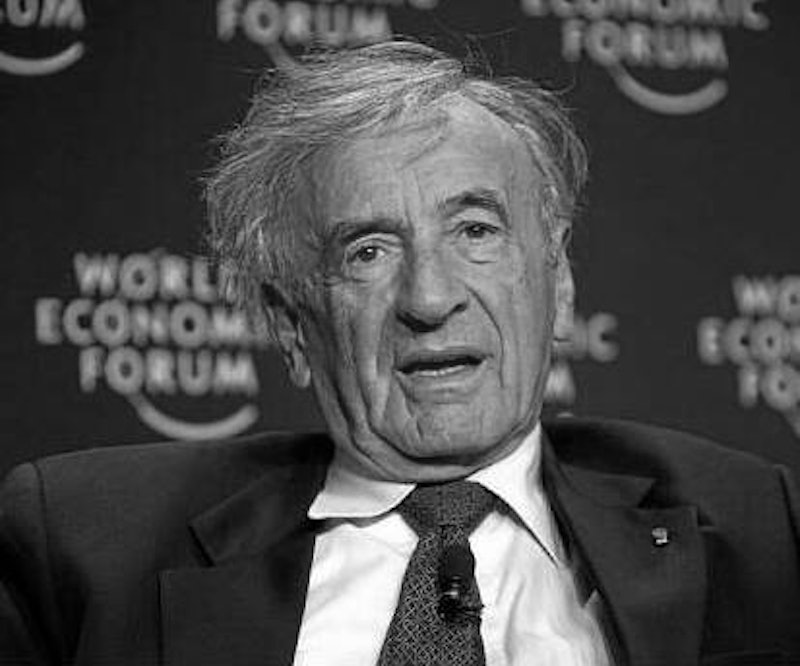 Author, humanitarian, and Nobel Peace Prize winner Elie Wiesel died on Saturday at age 87. Best known for his memoir, Night , which chronicled his horrifying experience in concentration camps during the Holocaust. Though he survived, his mother, father, and younger sister all died. Wiesel dedicated his life to Holocaust education and fighting indifference through his writing and his work with his own organization, The Elie Wiesel Foundation for Humanity.

In the wake of his death, many have taken to social media to lament his loss and to share their condolences for his family, his friends, and everyone he touched and impacted during his lifetime. Many have decided that the best way to pay tribute to Wiesel is by sharing some powerful and inspirational quotes from his body of his work. I think he would appreciate this tribute, as his words were his tool for combatting indifference. In his honor, I imagine he would want us to use his words as our inspiration to do something about the injustices in the world around us. Here are a few memes and tributes of Elie Wiesel that showcase and celebrate his tireless devotion to educating the world about the Holocaust in the hopes that tragedies like it will never happen again:

The best we can do to honor this man is to heed his words.

More like this
The 20 Best Audiobooks To Fall Asleep To
By Aoife Hanna and K.W. Colyard
The WAGatha Christie WhatsApp Messages Have Been Released — & They're Wild
By Sam Ramsden
Prince Harry Spoke Out About Archie & Lilibet’s Futures And What Worries Him The Most
By Sam Ramsden
Twitter Can’t Get Enough Of The WAGatha Christie Trial
By Nola Ojomu
Get Even More From Bustle — Sign Up For The Newsletter