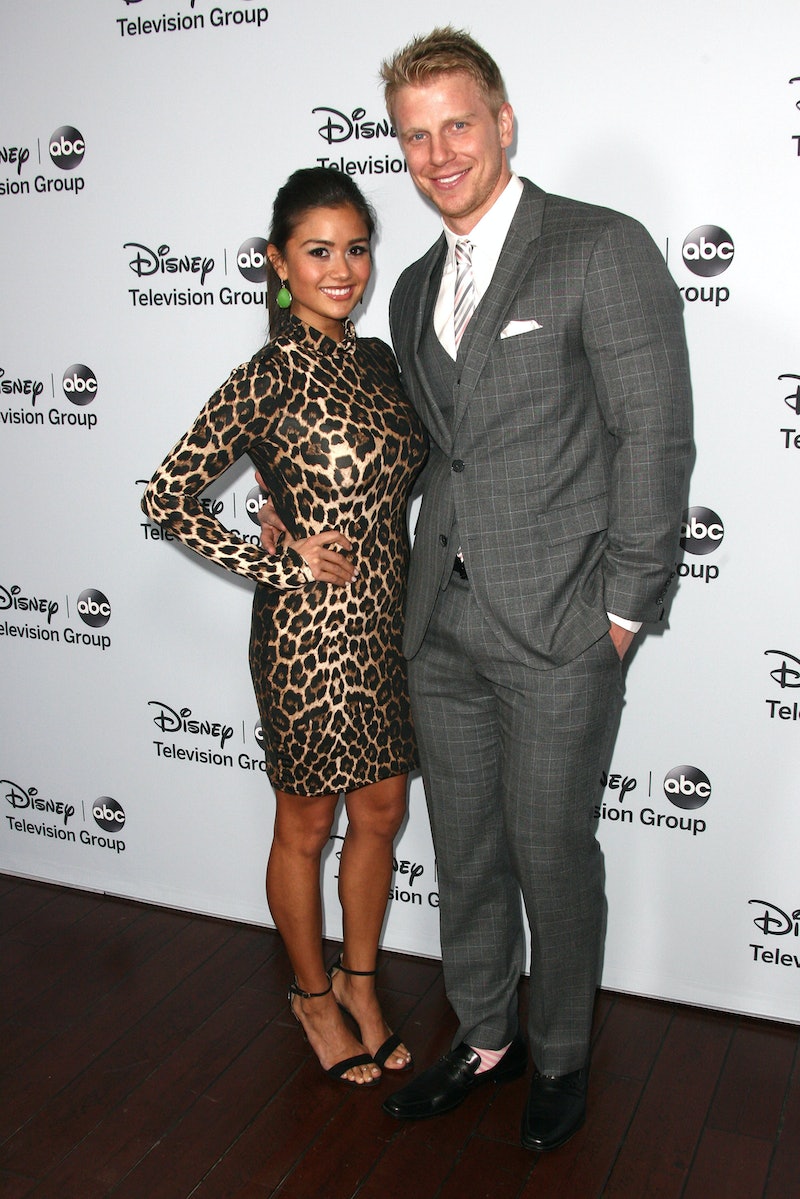 Solidifying their reputation as one of the rare Bachelor success stories, Sean Lowe and Catherine Giudici welcomed their first child, announcing the news on July 2. While some celebrities wait months before debuting pictures of their newborns, Sean and Catherine have already posted baby photos of the infant, whom they named Samuel Thomas Lowe. Giudici posted a picture with her newborn on Sunday afternoon, with the caption "Samuel Thomas, I think I'm in love :)." Lowe also posted a picture, captioned "My boy and me," to Instagram around the same time.

Lowe and Giudici starred in Season 17 of the dating show, and they are notable as one of the few couples from Bachelor Nation who have stayed together for longer than a few months after their romance aired on national TV. The duo were married in 2014 in a televised ceremony, and they revealed their pregnancy in December 2015. Giudici broke the news of her son's birth on Saturday night by tweeting, "I'm in love with another boy, my son Samuel Thomas Lowe 😍." The two had not confirmed the sex of their baby before giving birth, but Giudici revealed at her baby shower in May that the two were thinking it would be a boy and had a name picked out.

Samuel Thomas joins a small number of Bachelor babies who have been born from couples that met on The Bachelor and Bachelorette. Maybe Samuel Thomas Lowe, Ashley Hebert and J.P. Rosenbaum's son Fordham, plus Ryan and Trista Sutter's kids, and Molly and Jason Mesnick's Riley will have playdates someday. How cute would that be?

Congrats to the new parents and their adorable baby boy.