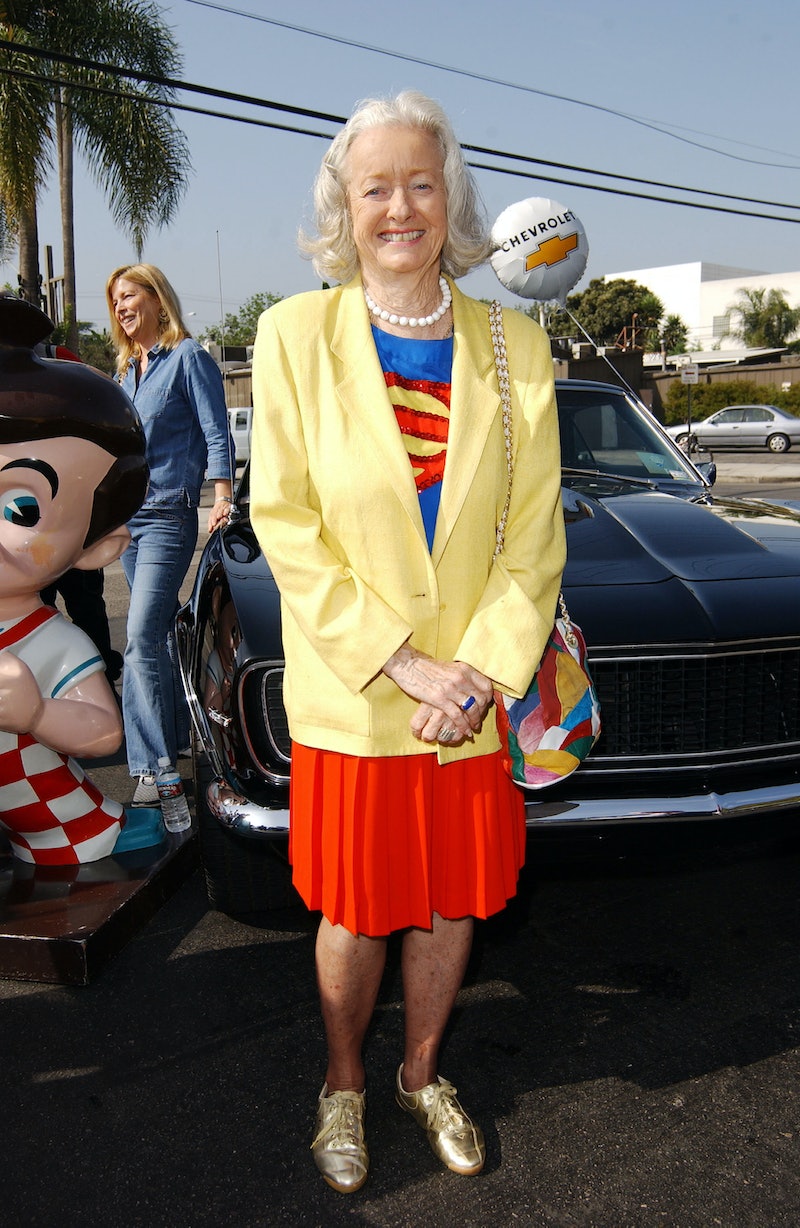 The world's first onscreen Lois Lane, Noel Neill, passed away Sunday, July 3 at her home in Tuscon, Arizona at the age of 95. Neill's close friend and biographer, Larry Ward, confirmed on Facebook that Neill died after an extended illness. A living legend in the superhero community, Neill's loss will be felt by many.

In 1948, Neill became the first actress to bring intrepid reporter Lois Lane to life on screen in Superman, a multi-part serial that aired in theaters in installments. From that point on, Neill became synonymous with Lois. She played Lois twice more, first in 1950’s Atom Man vs. Superman, and again in the TV series The Adventures of Superman. While Neill largely retired from acting after The Adventures of Superman concluded in 1958, she continued to appear in Superman projects straight through 2006 when she had a cameo as Lex Luthor's wife in Superman Returns. Additionally, Neill played Lois' mother in 1978's Superman, and she appeared in one episode of the 1991 series Superboy.

Even though she largely left acting behind, Neill was an icon to Superman fans. She was a familiar face at fan conventions where she embraced her association with Lois, and in 2010 she was honored by the city of Metropolis, Illinois when a Lois statue modeled after her likeness was unveiled just a few blocks away from a statue of Lois' counterpart, Superman. For many generations of fans it was impossible to separate Neill from the sharp reporter she brought to life onscreen, but the actress never seemed to mind.

"She was kind, selfless, hardworking, funny with a quick wit, and assertive — all the same qualities that embodied the character of Lois Lane," Ward wrote. "Noel truly was Lois Lane, and for many of us, she was the first working woman seen on television. Few of her fans actually knew her real name, almost always simply calling her "Lois" to which she would unfailing answer with a bright smile and a kind word. It was more than a role to her. "Lois" was someone she believed in and a character she happily and warmly embraced."

In addition to her work as Lois, Neill appeared in more than 70 films, many of them westerns. Ward chronicled Neill's fascinating life in the 2003 authorized biography Truth, Justice and the American Way: The Life and Times of Noel Neill, the Original Lois Lane. The character of Lois may often be dismissed as a damsel in distress but throughout her history in comics and on screen, she has represented a strong, career woman who is a hero in her own right.

It is fitting that a woman with a spirit as intrepid as Neill's will forever be associated with such an influential character. Neill will be missed.