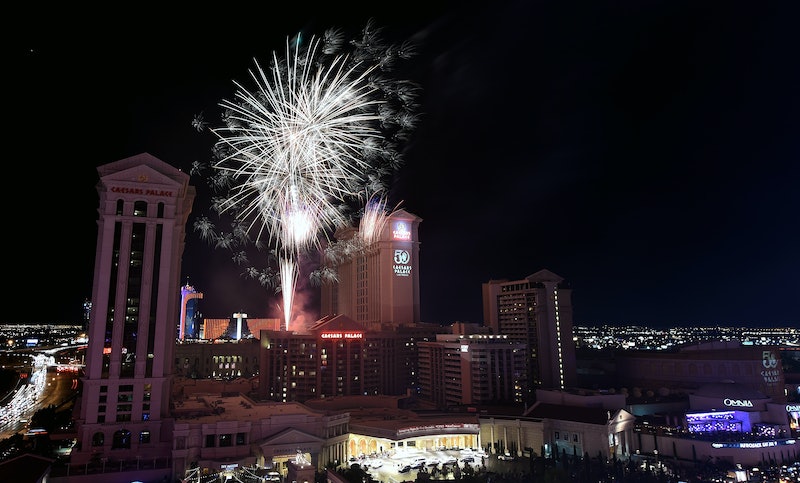 What would a Fourth of July celebration be without a display of patriotic explosions in the air after nightfall? It certainly wouldn't be as celebratory as most Americans are used to, but it could be much, much safer. It should go without saying that fireworks are potentially dangerous explosives, but in some parts of the country, this year's celebratory displays could be riskier than usual.

Each year, approximately 230 injuries occur as a result of fireworks around Fourth of July, according to the U.S. Consumer Product Safety Commission. Most of those injuries are burns and happen to the hands or fingers. Take it from New York Giants player Jason Pierre-Paul, who lost about two-and-a-half fingers after a fireworks mishap last year on the Fourth of July. Even Pierre-Paul should probably consider himself rather lucky — he still plays football, despite the injury.

This year, some Americans weren't so lucky. On Saturday, a nine-year-old girl in Compton, California, lost her left hand to a fireworks accident at a local park. She also suffered injuries to her right hand and face. The firework had been lit and thrown toward her when she picked it up, not knowing that it was ready to explode. In Texas, a 15-year-old boy lost part of his leg and multiple fingers after attempting to light around 200 sparklers at once on Saturday.

To stay safe, the National Council on Fireworks Safety advises users not to experiment with homemade fireworks and not to re-light fireworks that don't go off. Pierre-Paul himself starred in a commercial for the Consumer Product Safety Commission warning Americans to be careful by sharing his own tragic story. This year, weather conditions in some parts of the country caused officials to cancel or ban fireworks displays altogether because of the risk.

States and cities along the west coast preemptively put fireworks restrictions in place because of the hot and dry conditions that have ravaged the region since the spring. According to AccuWeather.com, Oregon banned all fireworks in state parks and beaches, while several major cities in Washington also banned the celebratory explosives. Parts of California also changed their fireworks policies because of the dry conditions. Throughout the region, a lack of rain has increased concerns over the potential for damaging fires. Adding explosives to the mix certainly seems like a recipe for trouble.

No matter the weather, fireworks aren't something to mess around with. A Fourth of July celebration gone wrong could cause life-changing injuries and damage to local surroundings. It might not be Fourth of July without fireworks, but it won't be much of a celebration without the right safety precautions.