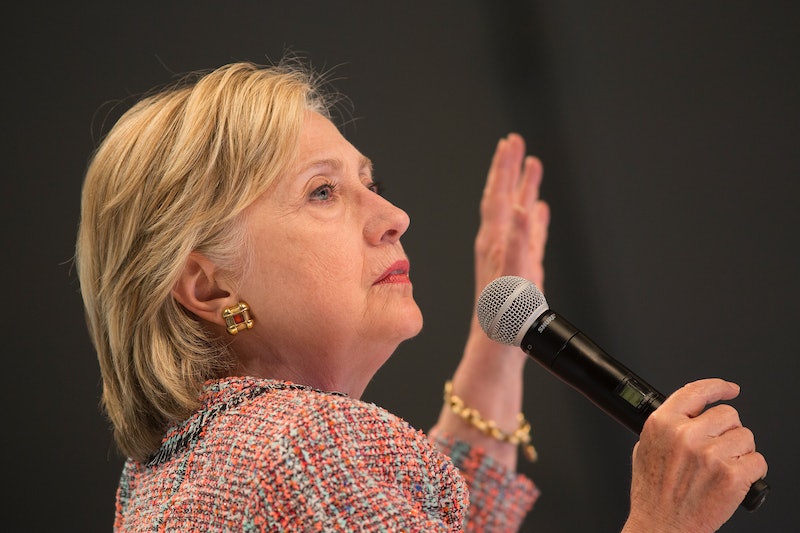 The investigation into Hillary Clinton's private email server has reached a head — and, presumably, a fast-approaching conclusion. Clinton sat down with the Federal Bureau of Investigation for three and a half hours on Saturday to discuss her use of a private email server during her time as secretary of state, a meeting that has been seen as the likely end to a drawn out investigation. The FBI is working under a tight deadline, however: With the Democratic convention later this month, the FBI would likely have to announce whether the presumptive presidential nominee would be indicted before Democrats head to the convention on July 25.

As the Clinton campaign has put it, the former secretary of state was well within her right at the time to use a private email server. The campaign asserts that there was no classified information sent or received through this email, and that its main function was to keep up with family and friends. Per former State Department regulations, Clinton was also permitted to use a non-government email for work.

The official GOP platform regarding the email server argues quite the opposite. Yet, it seems even that narrative is beginning to crack. The Republican-led House Select Committee, which investigated Clinton's potential involvement in the Benghazi events, found no evidence of wrongdoing in their report released last week. Their initial investigation into the events at Benghazi led to the discovery of Clinton's private email server, so with Benghazi behind her, it's one less email-related issue Clinton has to be concerned over.

The Clinton campaign is likely ready to jump this presumed final hurdle in the email investigation process, too. Regarding the presumptive Democratic nominee's FBI meeting on Saturday, Clinton spokesman Nick Merrill issued the following statement: "Secretary Clinton gave a voluntary interview this morning about her email arrangements while she was secretary. She is pleased to have had the opportunity to assist the Department of Justice in bringing this review to a conclusion."

The campaign's eagerness to shake the email scandal comes as Clinton and presumptive Republican nominee Donald Trump compete in ever-fluctuating polls, with the Clinton campaign continuously positing that the narrative is a Republican-doctored witch hunt used to distract from the real issues.

In that vein, the Clinton camp believes that a FBI indictment is unlikely. Nevertheless, the end to the investigation could kick off a needed boost for Clinton as she heads into the Democratic convention, and presumably, a scandal-free move toward the general election.