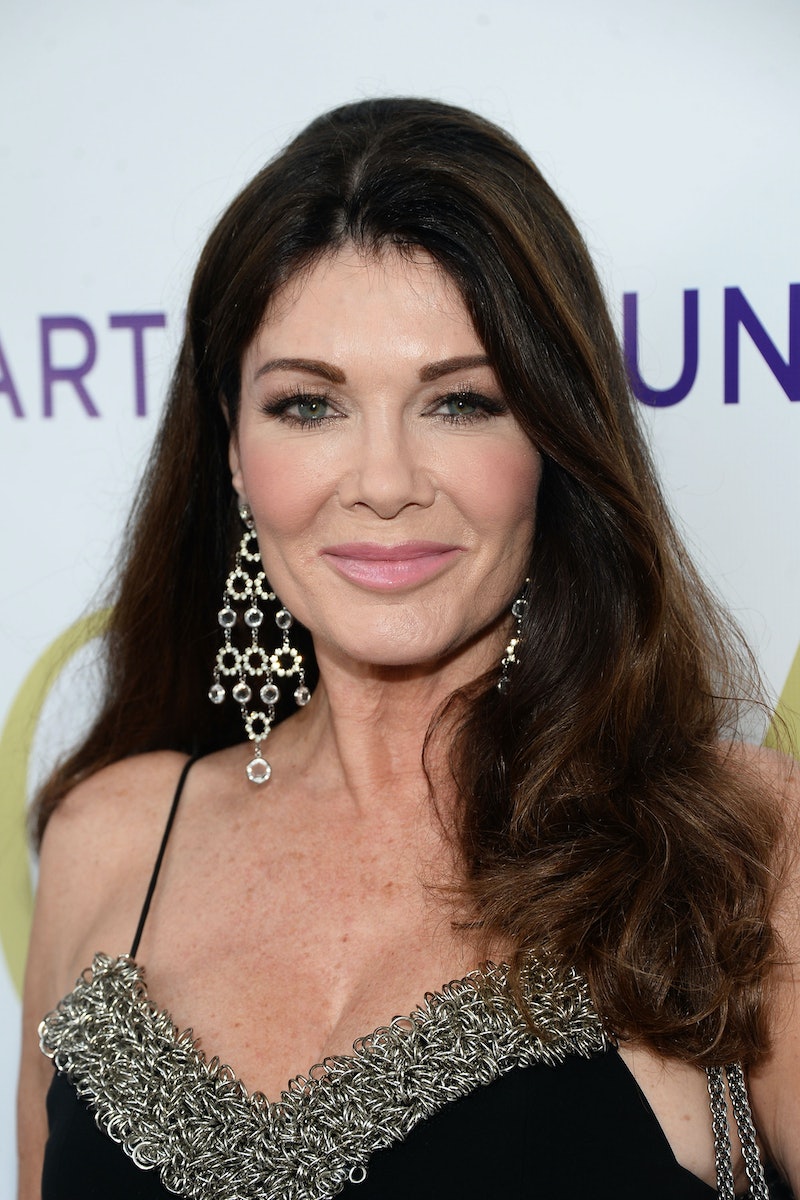 Sad news for Real Housewives fans. Lisa Vanderpump might be leaving Real Housewives of Beverly Hills for good. As TMZ reports, Vanderpump is the only cast member who has not signed a contract for Season 7 of the show. According to the same source, the housewife has also allegedly complained about the "negative vibes" from last season, and reportedly isn't too excited about the possibility of getting ganged up on again. So she might be calling it quits. All this raises one pretty important question for those of us who follow the reality TV personality, though: If she does leave RHOBH, will Lisa Vanderpump leave Vanderpump Rules as well? Bustle has reached out to Bravo about whether or not the report is true, but they offered no comment. Update: On Thursday, Vanderpump confirmed she is returning to RHOBH, tweeting, "Yep, never thought I would return, but after many discussions. The pump is still in the game. Thank you to all of you."

Earlier: Apparently, Vanderpump's worried about how much time she's able to give to Real Housewives. She spends most of her waking hours operating her three restaurants and taking care of her mansion — Villa Rosa — and all of its swans. Oh, and she also has her activism and humanitarian efforts, like ending the Yulin Dog Meat Festival. It makes sense that she would start to feel overwhelmed with all of that and not one but two reality shows — especially after last season of RHOBH, which didn't look like a walk in the park. Though she hasn't commented on whether or not she'll be participating in Vanderpump Rules, I'm hoping that if she's going to remove one of these shows from her tight schedule, it will be RHOBH and not that one.

If she does leave Vanderpump Rules, I doubt that will be the end of the show. Though her name is in the title, Vanderpump plays less of a central role than she originally did. As the show has progressed, it's gotten increasingly less about what it's like to work at the Sexy Unique Restaurant and more about the dynamics between the cast. Vanderpump serves as a mother figure and a mediator, but she's hardly the crux of the series at this point. It would no doubt be sad to see her entirely gone, but it's not like it would alter or affect what's going on too much. (I would, however, miss her snarky commentary and her ability to shut down Jax Taylor.)

Since Vanderpump isn't as much of a main character on Vanderpump Rules as she is on RHOBH, if she drops the latter, she'll certainly have time for the former. Even if it's just to swing by the reunion and offer insights or roll her eyes at the waiters for not working hard enough, I'm sure she'll be around.