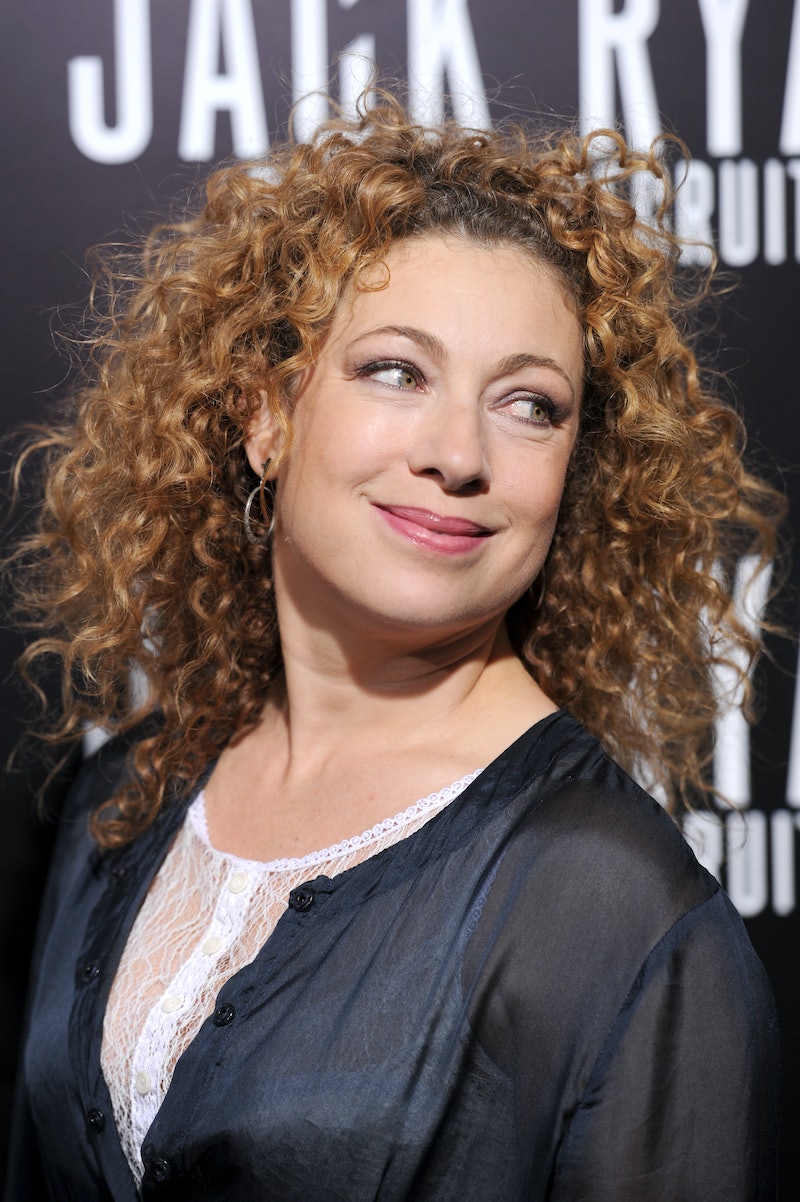 Here I was thinking that the only news coming from the Gilmore Girls revival these days would be a premiere date announcement, when all along there were more surprises just waiting to be released from the Warner Brothers set. Like the fact that Alex Kingston is going to be in the Gilmore Girls revival. The news came during an announcement the actress made at Supercon in Miami over the holiday weekend. Speaking to a packed house, the Doctor Who actress confessed that she would be playing a part in a number of the revival episodes. That’s right, folks. Not just one bit part, but a big enough part to warrant an appearance in many episodes. And, for a show where each episode is set to span an entire season, this means that Kingston will be sticking around the Gilmore Girls revival for an extended period of time. But, who will Kingston play in the Gilmore Girls revival? From what she had to say on Saturday, her role could be a memorable one.

So let’s break it down, shall we? From what Kingston had to say on stage about her revival role, we can make out a good bit of information. For one, she’ll be starring on screen with Rory herself, Alexis Bledel, who she named and spoke of fondly during the interview. She also said that her character was “eccentric,” and that she would appear in multiple episodes. But, when it came time to talk about the other characters in the revival, she seemed to hold back, especially when talking about Bledel. Does that mean that the two of them are in more than a few scenes together?

It’s very possible — especially since Kingston mentioned that the scenes she shot were not in Stars Hollow (aka, the Warner Bros. lot in LA), but on location somewhere else. Considering Kingston is generally a London-based actress, that could mean big things for Rory and for the revival. Let’s take a minute to remember who else was in London during the seven seasons of Gilmore Girls… oh, that’s right, Logan! So, even though Kingston can whip out an American accent with the best of them, it's worth wondering if she'll be playing someone living across the pond. Like, perhaps, someone working with Logan’s father’s newspaper?

In which case, does that mean that Rory could be overseas at some point in the revival?

Only time and four new episodes will tell. But, even if her role has nothing to do with London, the fact that she is in multiple episodes means that she’ll definitely be playing someone significant in the revival. Either way, color me so excited!