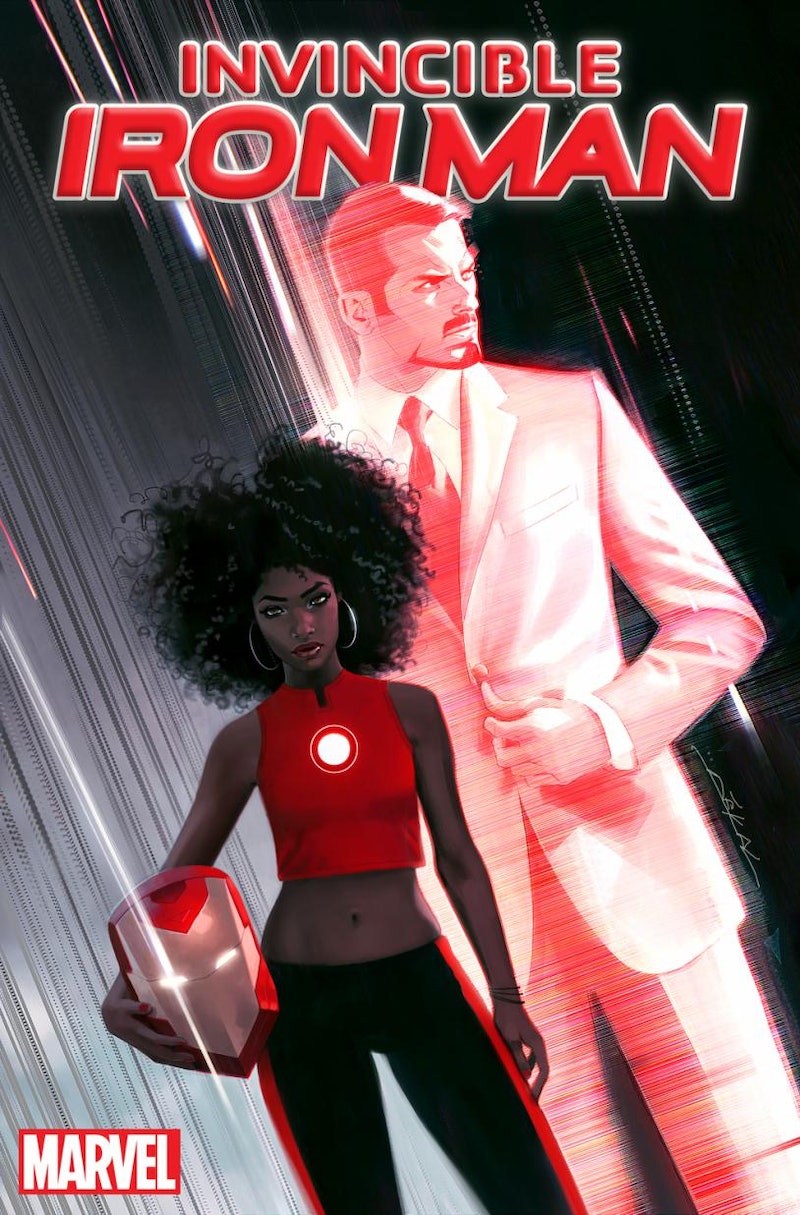 In the inspiring words of Lin-Manuel Miranda's Alexander Hamilton, Marvel has gone and passionately smashed every expectation. The company made a statement on diversity in a major way, and it's evidenced by perhaps the most exciting superhero mantle shift yet. According to an exclusive report from TIME, Iron Man will now a young black woman by the name of Riri Williams. Changing up the comics status quo (see: white dudes) that much would have been enough, but our new hero gets even better: the teenage girl is also an Ivy League self-starter in the science field. I think we can count quite a few checks in the "You go, Glen Coco" column for Marvel's efforts to expand representation among its characters.

In a truly refreshing statement made to TIME from Brian Michael Bendis, the writer of Iron Man, the representation "effort" actually wasn't an effort at all. He explained that,

"I think what’s most important is that the character is created in an organic setting. We never had a meeting saying, 'we need to create this character.' It’s inspired by the world around me and not seeing that represented enough in popular culture."

Also, don't worry, Tony Stark loyalists. As Bendis proclaims, Riri is a well thought-out, detailed, and intricately shaped character, not simply a two-dimensional comic heroine created to appease. Case in point: "Riri is a science genius who enrolls in MIT at the age of 15. She comes to the attention of Tony when she builds her own Iron Man suit in her dorm," according to TIME's report. To boot, the writer says this when comparing Riri to Tony: "her brain is maybe a little better than his." And, you know, that's saying a lot considering Tony Stark's previously incomparable level of smarts.

Riri is going to offer a whole new generation of kids a role model to look up to and I, for one, can't wait to see what she inspires.