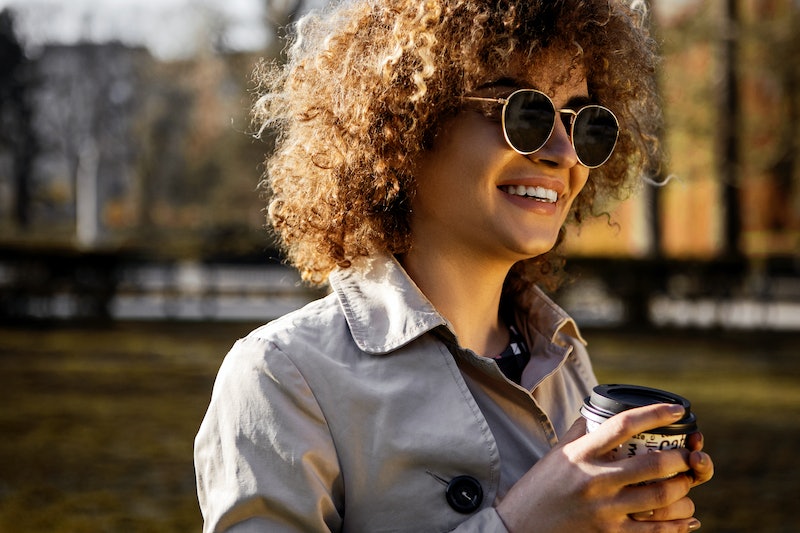 Though in some sense every person is unique, it's also possible to describe each of us using several basic dimensions of personality. While judging your own character objectively is always a challenge, here are signs you're agreeable according to the Big Five personality inventory. "Agreeable" is a technical term used by personality psychologists in this context, and it is used to describe the level of friendliness, kindness, cooperativeness, and politeness a person reliably displays. It's one of the five traits that make up the Big Five personality inventory (with the others being openness, conscientiousness, neuroticism, and extraversion) — and while the inventory is not without its critics, it's often held up as the gold standard of personality measure.

The word "agreeable" has a pretty strongly positive connotation; however, not everyone can count as agreeable or it wouldn't be so useful as a personality descriptor. As compared to agreeable people, disagreeable people are what you might call cranky, difficult, abrasive, and so on. It takes all kinds to make the world go around, right?

Whether or not you're agreeable will also interact with the other four components of the big five personality traits schema. For instance, agreeability in an extreme extrovert will manifest itself quite differently than in an extreme introvert. Meanwhile, someone who's neurotic but agreeable will likely still be compassionate and socially sensitive, but those appearances might be somewhat compromised by simultaneous moodiness.

But to get a read on whether you're specifically agreeable (or not), check out these signs of agreeableness.

You Have A Wide Circle Of Friends

Being "agreeable" just means that a person is highly oriented towards positive social interactions. For instance, one experiment suggests that agreeable people maintain their relationships through the exercise of gratitude. So, unless you're the most socially uncalibrated agreeable person ever, this is likely to result in your having more, better social interactions.

This may seem sort of obvious, but there's an interesting underlying reason why agreeable people are happier. Basically, agreeable people seem more drawn to pleasant experiences than less agreeable people are. For instance, in one experiment, agreeable participants indicated they'd rather listen to upbeat songs (as opposed to slow ones) and watch documentaries about celebrities (as opposed to ones about government corruption). It's easy to see why choices like those would tend to improve one's mood. And I guess the rest of us who listen to sad music and watch infuriating shows are just a bunch of masochists.

Additionally, having strong social ties is a key ingredient in human happiness. So, to the extent that agreeable people are better at social stuff, they will be all the happier for it, too.

You Use Social Media To Connect And Communicate, Instead Of To Complain

A 2013 study in the journal Personality and Individual Differences on the subject of how personality affects Facebook usage found that agreeable people are more likely to use the social media service for its real purpose, connecting, rather than just to complain. Another study found that agreeable job applicants are less likely to be found badmouthing others on Facebook. When using social media, agreeable people are more likely to present their authentic selves, perhaps because this is what facilitates that connecting they're seeking.

You Have Trouble Getting Ahead At Work

Being agreeable isn't all sunshine and rainbows, though. While agreeable people aren't in fact less intelligent than their less agreeable peers, unfortunately there is a risk that agreeable people are perceived as less intelligent, especially in the workplace. That's because some of the same traits that people tend to associate with intelligence run contrary to agreeableness. In her attempts to be modest, share the blame, lead quietly, and defer to other's interests, an agreeable employee may shoot herself in the foot by accidentally coming off as incompetent instead. As an agreeable person, you could be less likely to become a manager.

You Make Wrong Choices, But With Good Intentions

Because agreeable people are so keen to get along with others, they may go too far in attempting not to rock the boat. For instance, in the infamous Milgram Experiment (where participants were encouraged to "shock" a disobedient fellow "participant"), agreeable people cooperated more readily and administered more (fake) shocks. Presumably they wanted to get along with the experimenter who asked them to do so. So, if you're agreeable, you should stop and think about when exactly making someone else happy or complying with their wishes is actually the right thing to do, and when it's not.

Some people bristle at every mistake they see in writing, but if you're agreeable, then you're probably not one of them. A study on personality and the interpretation of written language shows that agreeable people are less sensitive to grammatical errors (in emails, in this case). It's not that agreeable people have worse grammar themselves, it's that they aren't looking to pick a fight over such a small thing.

You're More Likely To Experience A Placebo Effect

Do you often find relief in things like homeopathic remedies or aromatherapy? A 2013 study published in the journal Neuropsychopharmacology suggests that agreeable people are more likely to experience the placebo effect. During the experiment, the pain of agreeable subjects appeared to be more relieved by an inactive substance (the placebo) than less agreeable participants. Why is this the case? Well, basically by definition, agreeable people are less likely to object to the experimenters, more motivated to please them, and more hopeful for a positive outcome. Is being more susceptible to the placebo effect a good thing, or a bad one? That's going to depend on your circumstances, I suppose.