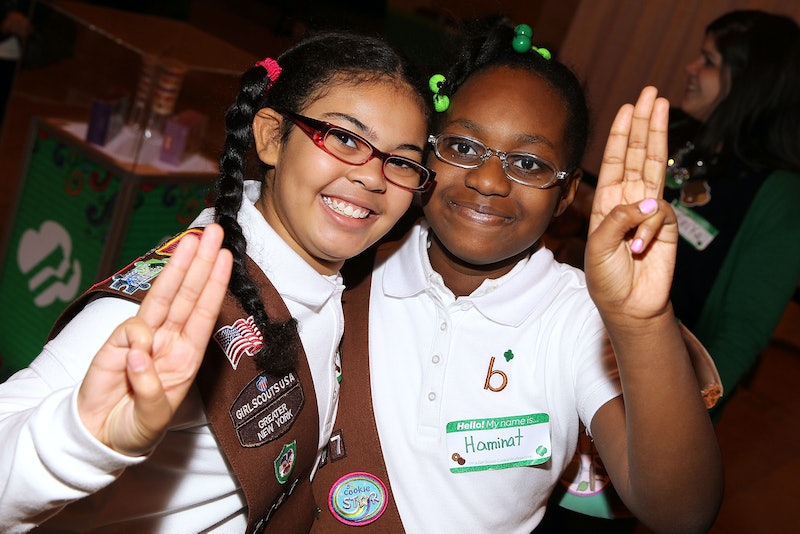 Thanksgiving just got a little bit more awesome. This year for the first time the Girl Scouts will have a float at the Macy's Thanksgiving Day Parade. Personally, I think this is absolutely perfect, because the Girl Scouts really are something we should all be thankful for — and not just for the cookies.

This year marks the 90th anniversary of the Macy's Thanksgiving Day Parade, which is held in New York City and broadcast live on NBC every year, where it's seen by tens of millions of people. It's an institution here in the United States, and this year another American institution, the Girl Scouts of the USA, which will have their own float in the parade for the first time in its history.

The theme of the Girl Scouts' float will be "building a better world" — which is pretty fitting for an organization that builds confidence in girls while teaching them entrepreneurial skills and encouraging them to get involved in their local community. The float will feature 3D puzzle pieces that come together to make a globe, as well as images of over two dozen badges Girl Scouts can earn in areas ranging from the outdoors to STEM. It will also highlight work that current and former Scouts have done to improve their communities.

The Girl Scouts are perhaps best known for their amazing cookies, but the organization also makes a big impact for girls. The organization promotes self-esteem, positive body image, and entrepreneurship among girls, as well as having badges that can help encourage girls in whatever interests they have, whether it be math or sports or art. In fact, since their founding, Girl Scouts have been about breaking stereotypes for women and encouraging girls to be themselves. (They're also wonderfully inclusive.)

In short, they're exactly what you want to see in the Macy's Thanksgiving Day Parade.

Andrea Bastiani Archibald, chief girl and parent expert for the Girl Scouts, told Mashable that she hopes the float will inspire girls across the country. "I think we're really demonstrating that girls matter and girls should be taken seriously," she said. "It’s an opportunity to truly celebrate what girls are doing around the country." Hear, hear!