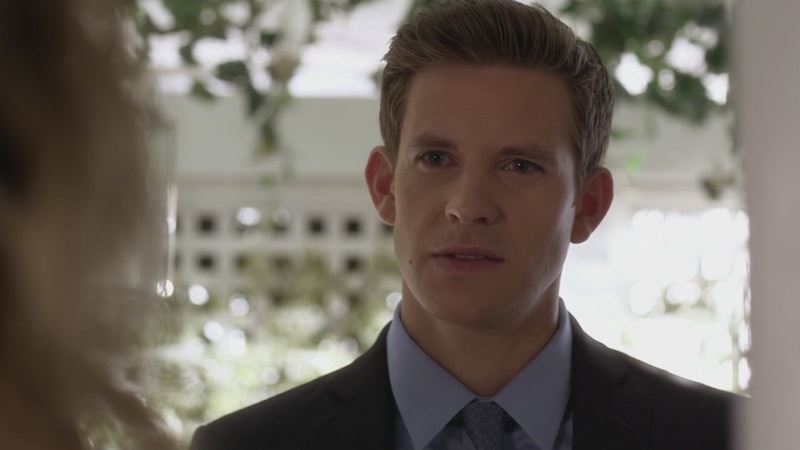 The Liars have thwarted A and Big A, and now it's Uber A's turn to try and take down this ever-resilient squad. After learning that Cece Drake — aka Charlotte DiLaurentis — was the person in the black hoodie at the end of Season 6A, the Liars were shocked when the former villain was pronounced dead — and that someone killed her. Now, someone is seeking to avenge Charlotte's murder, a person that seemingly goes by the name A.D. (and showrunner I. Marlene King has stated they are our Uber A). We have no clue who A.D. is on Pretty Little Liars, but we do know that they are the most dangerous and deadly villain yet. Given that it's unlikely Pretty Little Liars will make the villain a stranger, it's very possible that the person we know as A.D. is someone we already know from Rosewood — but that doesn't mean that they're still alive. Could A.D. be a person we think is dead?

If that sounds like a crazy theory, just remember that plenty of people who were considered "dead" on Pretty Little Liars ended up being very much not. We spent seasons believing that Alison was dead, only to learn she had faked her death all along. The same goes for Mona, who seemed super dead in the back of Big A's trunk. Heck, even Toby had a brief "I'm dead" moment. A lot of people don't dead on Pretty Little Liars, and if there's no one that we can see torturing the Liars right now, it could be because we assumed that they died years ago.

So what makes me think that A.D. could be someone who faked their death? It's all in the initials. Though the initials A.D. could represent someone's name — Alison DiLaurentis, for example, or another secret Drake or DiLaurentis — it could also stand for words, in this case, "after death," or "assumed dead." Yes, it would mean that A.D. is being just a tad obvious in their moniker, but given that this version of A has to differentiate themselves in some way from the previous incarnations, it's possible that they are tacking on the D to make a point: they've already survived death.

There are plenty of seemingly dead characters on Pretty Little Liars that could be after the Liars. Shana, for example, loathed Alison and the other Liars, and even tried to kill them before Aria pushed her to her death. Lyndon James, aka "Nate St. Germain," wanted to kill Emily for being with Maya. Sure, these people don't have seriously deep motivations for going after the Liars for Charlotte's death, but someone like Detective Wilden might. For all we know, Wilden's "murder" by Charlotte's hands could have been a staged event — something that would set up Wilden up to take over the A game should something happen to Charlotte. He's certainly creepy enough, and we did just see him torturing Alison — even if it was just a mask of his face.

Ultimately, those initials mean something — and it could mean that A.D. is someone we thought took all of their secrets to the grave.