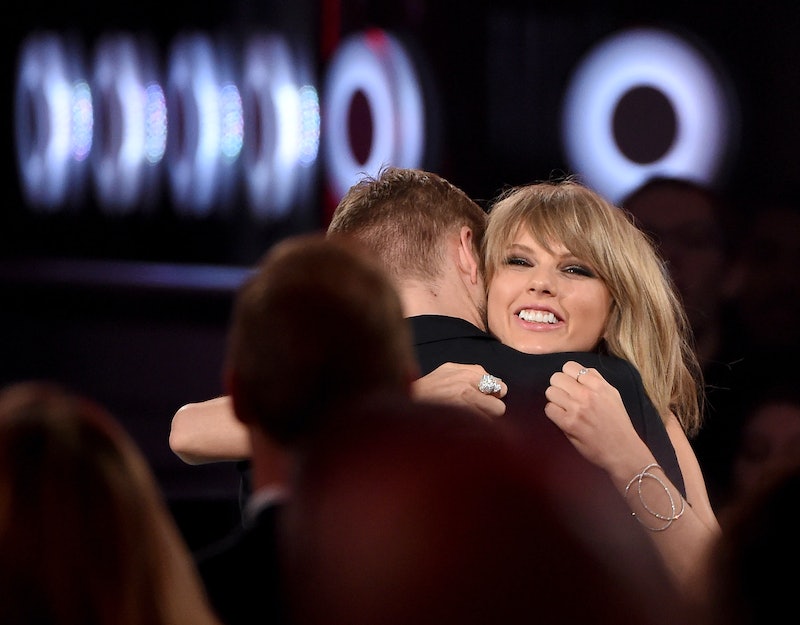 It hasn't been very long since Calvin Harris' new track with John Newman, "Olé," dropped, and I already have a million questions. What do the lyrics mean? Is "low key" a reference to Loki, Tom Hiddleston's character in The Avengers? Follow-up: If so, is Harris' "Olé" is about Taylor Swift and his relationship with her? I told you: So many questions. But, they're all worth asking, and all worth answering — perhaps the third one most of all. So, is it?

The short answer is... well, it's not clear. The lyrics sure sound like they mirror the end of what the media has reported of Swift and Harris' relationship, especially once Hiddleston came into the picture at the 2016 Met Gala in May. I mean, just take a look at this line: "I see online that you begun to be a good girl and take trips with your boyfriend. Being attentive, continue to pretend." And what about this one? "Low key, you won't tell your friends about me." And this one?! "You've hidden my name in your phone so you can call me to tell me you've been going through hell/ Left him alone and you booked in a hotel." It's not difficult to see why some fans might be wondering if Harris and Newman have just released a song penned from the POV of Hiddleston in the Calvin Harris/Taylor Swift/Tom Hiddleston saga with lyrics like that.

But that doesn't mean they have. According to a source close to Swift and a source close to Harris speaking to Us Weekly, the song isn't about Swift and Hiddleston at all — in fact, it might have even been penned before Swift and Harris ever broke up. "People are just making assumptions to get attention for a song... There’s no way it could be about Tom." Then: "It has nothing to do with Tom and Taylor."

Well, that does sound convincing and totally believable. But, considering it's not an official statement from Harris, Swift, or Hiddleston (or even Newman!), I'm inclined to call it just another theory for now.

Unfortunately, it looks like this one is going to remain a bit of a mystery until one of the involved parties comments. But hey... it's still pretty fun to go on hypothesizing, isn't it?

Olé is available on iTunes.

More like this
Sadie Sink Would Escape Vecna From 'Stranger Things' With This Taylor Swift Song
By Grace Wehniainen
'The Summer I Turned Pretty' Using “Cruel Summer” Has Twitter Begging Taylor Swift To Release A Music Video
By Radhika Menon
Michelle Obama & Taylor Swift React To The Supreme Court Overturning Roe v. Wade
By K.W. Colyard
Who Is Betty Who Dating? The Australian Singer Is Married To Her Tour Photographer
By Radhika Menon
Get Even More From Bustle — Sign Up For The Newsletter