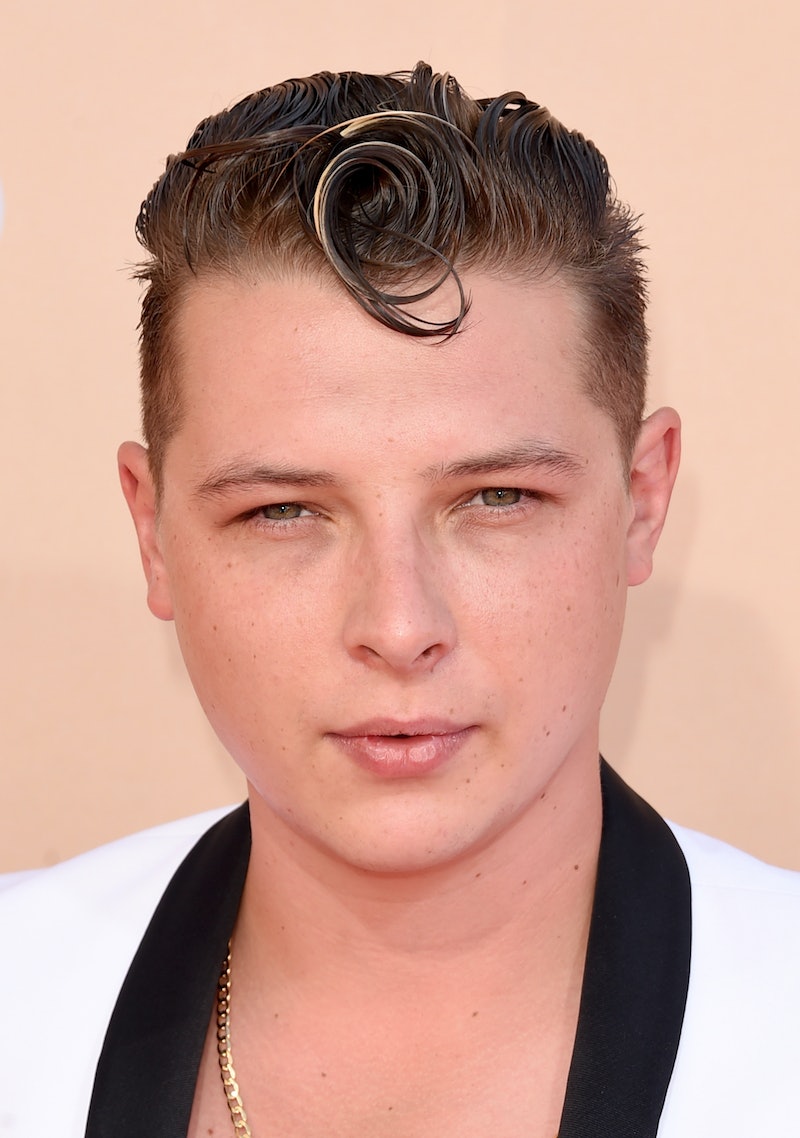 John Newman is the voice on the new Calvin Harris' song "Olé" that is maybe about Taylor Swift and Tom Hiddleston, but he's more than just a proxy for Harris' alleged heartbreak messages. So, who is vocalist John Newman? The British singer is a big deal across the pond, and now that he's involved in this seemingly strange breakup song retaliation with his buddy Harris, he's sure to blow up stateside, too.

Newman, 26, is already a big hit in merry old England. The pop singer from Yorkshire got his start by getting in with English group Rudimental. Newman provided vocals on two Rudimental tracks, "Feel the Love" and "Not Giving In," which both were major chart toppers in the U.K. and Australia. Astonishingly enough, while "Feel the Love" was climbing the charts, Newman, then 23, was in the hospital recovering from an operation removing a non-cancerous brain tumor. "I woke up and heard my song on the radio,” he told MTV. "That was quite surreal."

So, after hitting it big with Rudimental, Newman struck out on his own, and released "Love Me Again" in 2013. It was a breakup song, so maybe that's why he teamed up with Harris on "Olé" since he's well-versed in writing and singing about matters of the heart. The album in which "Love Me Again" appeared, Tribute, was a devastating breakup album.

"Ole" is not the first time that Newman has worked with Harris. The two first paired up for the song "Blame" in 2014. The singer was nominated that same year for three BRIT awards: British Male Solo Artist, British Single of the Year, and British Video of the Year, the latter two both for "Love Me Again." The following year, he released his second full-length album, Revolve.

He also has pretty impressive hair.

Now that he's on "Olé," Newman is sure to become more well known in these United States, as does anyone who is less than six degrees separated from Taylor Swift.