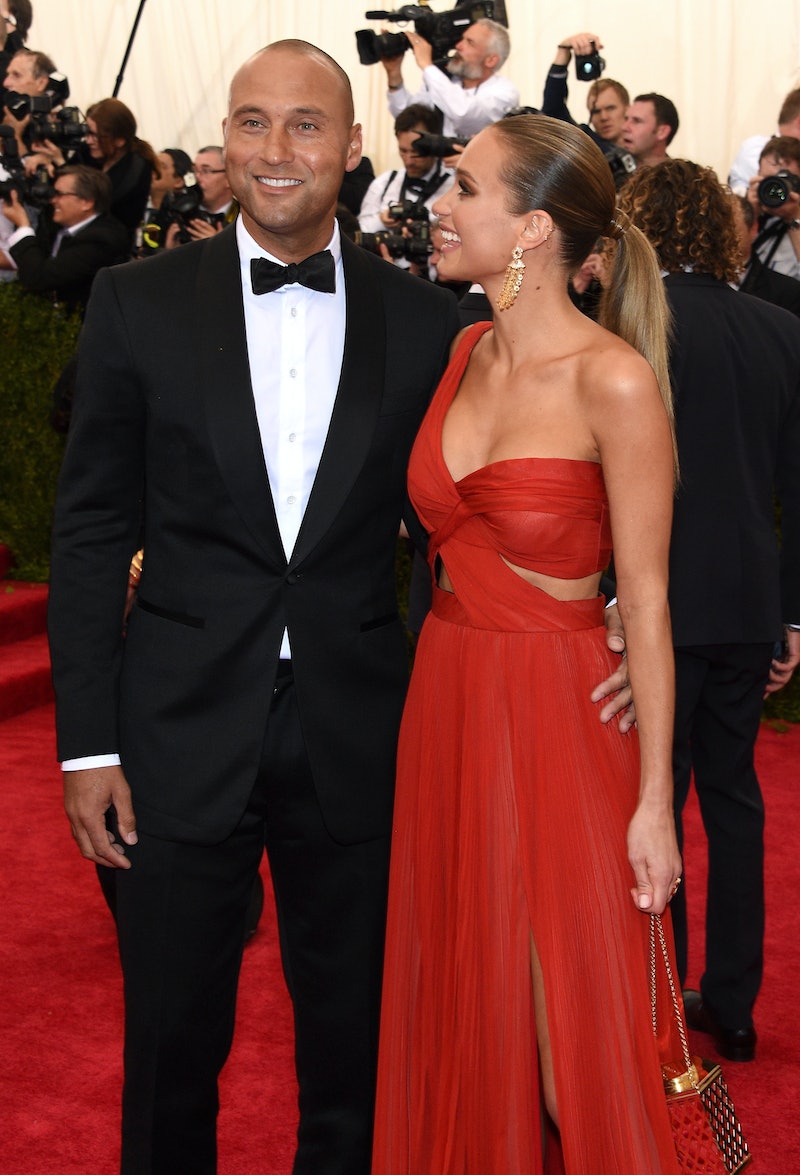 Considering he's one of the most beloved New York Yankees of all time, Derek Jeter has had plenty of memorable moments on the field. The now-retired athlete even won five World Series. But something tells me that no feeling — not even a hitting a home run — compared to Saturday, when Jeter married longtime girlfriend Hannah Davis in a private ceremony at a resort in St. Helena, California, according to People. It may have been a small and secret wedding, but it still sounds incredibly special.

If you're like me, you probably have plenty of questions: Did any other Yankees attend? Were the hors d'oeuvres shaped like little baseballs and bats? Did they give guests mitts to try and catch the bouquet? OK, so I'd have to guess those last two did not happen, but sports fans will be pleased to know that some of his former teammates were there. People reported that Jorge Posada, Andrew Jones, and Tino Martinez were among those in attendance. Considering there were reportedly less than 100 guests, it makes sense he didn't bring every Yankee ever, but it's sweet that a few friends helped celebrate. I sure hope they all wore navy and white pinstriped tuxes.

As a recap, Jeter and Davis got engaged in October 2015, which coincided with their three-year anniversary. The news was confirmed when he referred to her as his fiancé in a blog post on his website, The Player's Tribune. The pair first began dating in 2012. Davis is a model, who appeared on the cover of Sports Illustrated 's Swimsuit Issue in 2015. She also co-hosted Project Runway: Juniors with Tim Gunn in 2015. The 26-year-old wore a custom-made Vera Wang gown at the wedding and another at the reception, according to People.

Although they tend to keep their relationship private, there's no denying they seem like a great match. Congrats to the newlyweds!