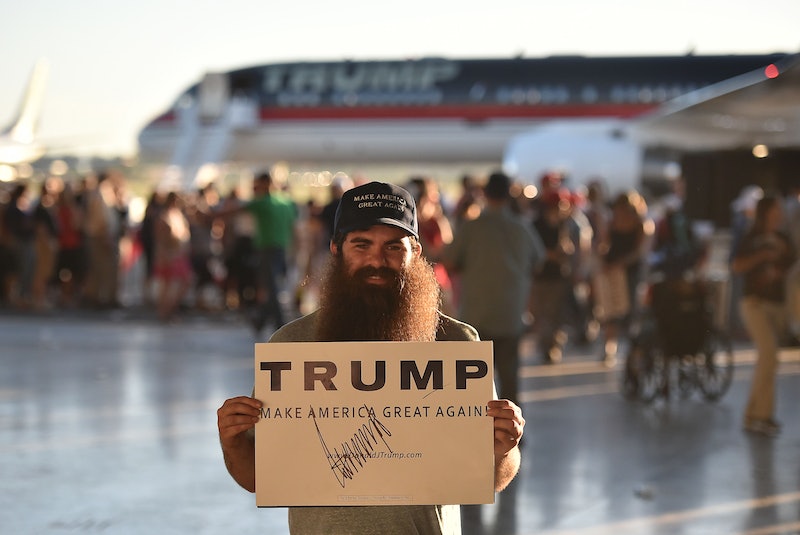 After a long primary race with perhaps the most bizarre cluster of candidates in recent campaign history, the Republican National Convention is finally beginning next week. Donald Trump will likely be named the party's nominee — and just like its presumptive nominee, the party's convention has also seen its share of controversy. In the most recent conflict leading up to July, the ACLU sued Cleveland over what the organization claimed was "draconian" and "arbitrary" regulations set in place for the RNC.

The American Civil Liberties Union lawsuit claimed that the primary problem was in the city's "unduly large" event zone, and consequently, people's restricted right to protest within that space. The Huffington Post reports that the city had plans to establish a 3.3-square-mile event zone around the convention center, encompassing most of downtown Cleveland. The city argued that these were reasonable security measures. But there was a major catch — protesters hoping to exercise their right to free speech anywhere within those 3.3-square-miles would have required a permit, and what's more, would have only been allowed to demonstrate during specific times and areas. These areas would have likewise been far from Republican delegates.

Critics of the zoning argued that the restrictions would have impeded on people's right to free speech. TIME reports that there will be an estimated 50,000 people descending upon the convention area, many of whom belong to organizations protesting Trump's nomination, though protesters will likely span the political spectrum. And at a time when the importance of protesting is becoming clearer by the day, to restrict that right — particularly at the RNC convention — would have been problematic.

Thankfully, federal judge James Gwin sided with the ACLU and struck down the city's protest restrictions. As reported by Cleveland.com, Gwin ruled that there were "constitutional problems" with the safety regulations, and that they posed a burden to those wanting to exercise their right to free speech. Per the judge's recommendations, the ACLU's attorneys negotiated a settlement with the city, allowing for protesters.

The ACLU has also filed a lawsuit against the city of Philadelphia over concerns with their protest permits for the Democratic National Convention, according to CNN. The organization hopes to reach an agreement with the city before that convention in late July.