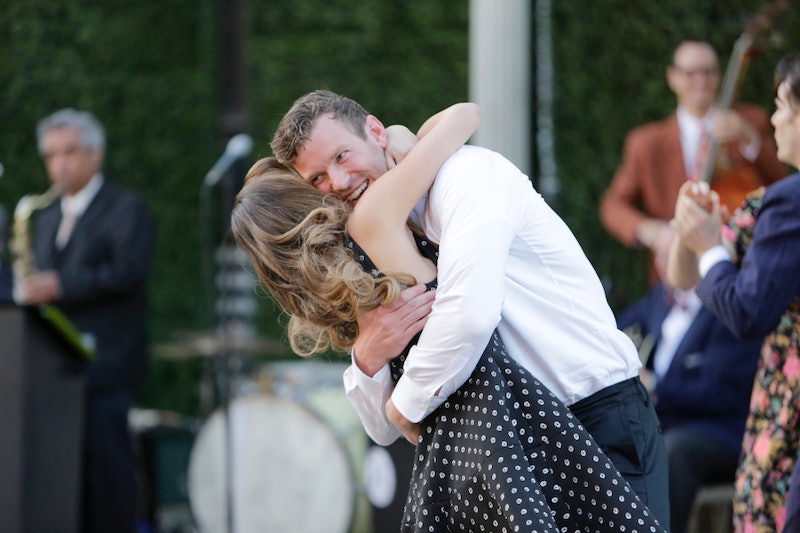 Well, there is an end to every season, and, unfortunately on The Bachelorette, it was James Taylor’s time to go home. Sure, this country crooner was way cute (that curly hair! That voice!), but in the end, JoJo just wasn’t feeling a romance with him. It’s for the best, I suppose — I wouldn’t want to go into the hometown dates with a woman who wasn’t sure if she wanted to be with me. That would just be too much. So, after the group date (he didn't even get another one-on-one!), JoJo said goodbye to James Taylor on The Bachelorette.

The group date started out weirdly enough. There was a whole big special date planned for Robby, Chase, and James Taylor, but the rain forced them to stay inside and eat and watch television. This would have been a perfect date for say, just me and my husband, but for three dudes who don't really like each other and JoJo? Didn't seem that fun. James stuffed 27 French fries in his mouth and tried to spread rumors about Robby, Robby talked about his ex, and Chase said that he can't say "I love you." If that sounds like a mess, well, it was, but the whole episode was full of weird dates. In the end, James ended up on the chopping block the night of the rose ceremony, and he seemed like he had an idea it was coming. 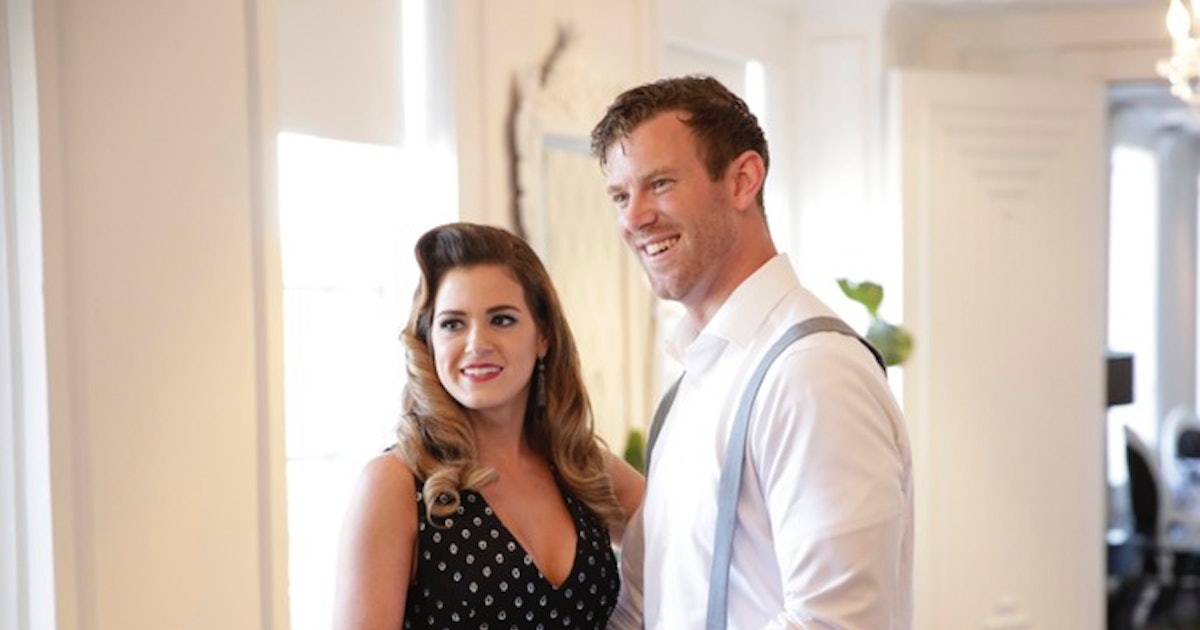 James was, of course, a perfect gentleman, even sitting down with JoJo for her to explain why she ended things. JoJo's reasoning? There were, as always, other relationships that progressed further along than hers with James had. James talked about how he is always in the friend zone, and it absolutely broke my heart. James! I want you to find love! I will help you find love! Call me! Or just be the next Bachelor.