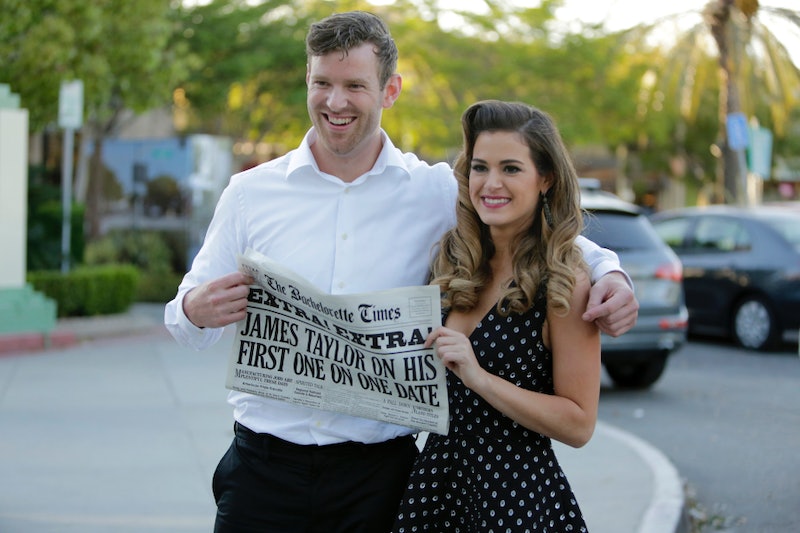 I knew this moment was probably coming, but that didn't make watching JoJo send James Taylor home on The Bachelorette any less difficult to witness. Seriously, it was like watching an adorable puppy get send out into a freezing cold thunderstorm. But what made the departure even more heartbreaking was how he chose to leave things with JoJo. Many times if a contestant feels as though they've been led on, they tend to lash out and get angry, but not James Taylor. His speech at the end of the episode proved more than ever that James will be the next Bachelor if there is any justice in this world.

Not only did he wish her all the best in her ongoing quest for love (because he is the sweetest guy ever), but he also lamented about how many times this kind of thing has happened to him. Apparently this isn't the first time a girl that he's liked has told him that she hopes he finds someone worthy of him. He then went on to ask JoJo when it will finally be his time to find that girl? Maybe that was a subtle way of hinting that his journey for love is just around the corner.

James Taylor may not have the smoldering demeanor of the other guys that are still around, but he is a guy that deserves all the roses in the world. This would be the perfect way for the series to give him his shot at a happily ever after. He may not have been the one for JoJo or maybe JoJo just doesn't realize how great he really is, but there's no way this can be the end of his story. I won't stand for it. It's high time the good guy didn't finish last.