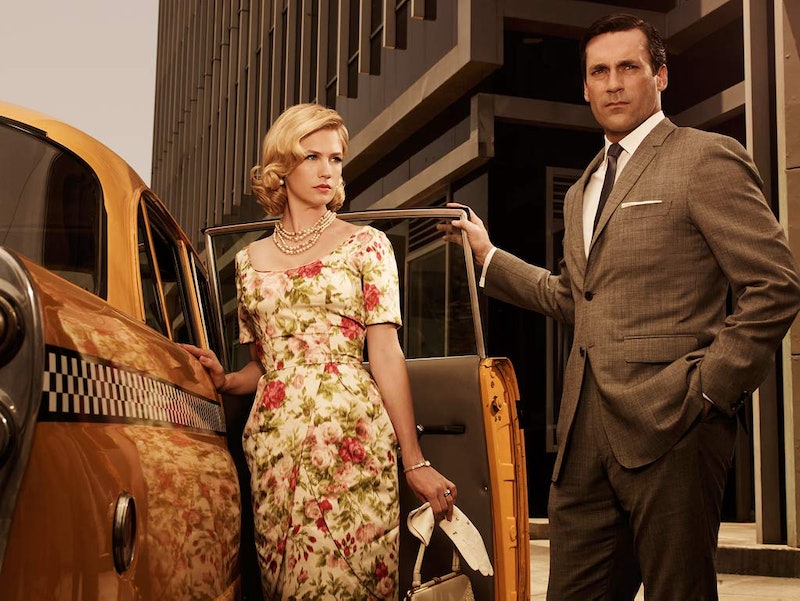 Fire up the griddle and put on your stretchy pants Amurica, because researchers behind a recent PEW Research Poll found a majority of citizens now prefer that both mommy and daddy bring home the bacon.

In October 2010, PEW asked respondents to choose the marriage arrangement they believed made for the more “satisfying way of life”: One where the husband provides for the family and the wife takes care of the house and children, or one where both spouses have jobs and share care of their home and kiddies. Taking all age groups into account, 62 percent of Americans selected the latter (up from 48 percent in 1977). Among respondents ages 18 to 29, approval was even higher, with 72 percent selecting dual-breadwinning/caretaking as the ideal family model.

And yet… although millennial couples are largely in favor of dual-earner marriages in theory, in practice, young married couples are more likely than those in their 30s and 40s to have single-income arrangements. While 62 percent of Gen Xers share work/home responsibility, only 57 percent of Millennials do. Younger marriages are also more likely than older unions to follow the pattern of breadwinning husband and homemaker wife.

I find the conclusion that young couples are secretly more traditional than they give off, or that the “natural ease” of single-earner marriages is forcing them to fall into place, a tad suspect. For starters, Gen-Y spouses said “I do” during the worst economic downturn since the Great Depression. Many older couples had a chance to establish their careers before all fiscal hell broke lose — not so the Millennials. It seems possible to contend that single-income, Gen-Y homes might be affected by the difficulty of launching a career in these tough economic times.

PEW makes the point that younger couples also, generally, are taking care of younger kids. The disparity between desire and reality in the dual-income poll says much more about the resources available in America to parents with young children than millennial hypocrisy. The survey shows a great will to role-share among young couples; but in this case, while there’s a will, there’s not necessarily a way. When one considers the novelty of paternity leave, paid maternity leave, flexible schedules, and subsidized day care, it’s no wonder.

Maybe we should be urging our government and corporations to get in step with this change in collective desire. Then again, maybe it’d be easier to move to Sweden. I hear their winters are nice and dark.