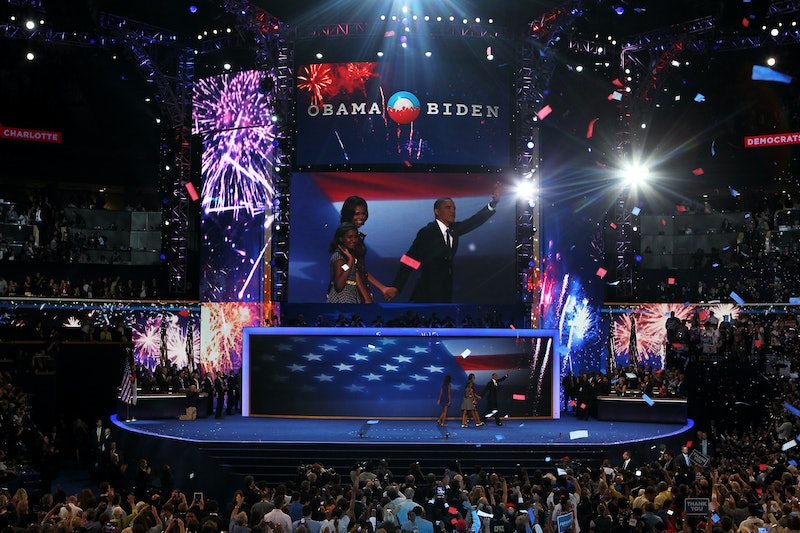 National party conventions have been pretty tame since the 1970s when major changes were adopted to reduce the likelihood of any clashes on the floor. That could change this year, and in 2012 there was one moment that might be worth taking a look at to see how possible floor fights at the Democratic National Convention in Philadelphia, Pennsylvania, could go. Surprisingly, the contentious moment had to do with God and the capital city of Israel. Watch the video now and you might find yourself wondering, did Democrats really boo God at the DNC convention in 2012?

Not exactly, but you can see why many people thought so. The Democrats were under fire in 2012 when conservative media outlets were reporting that the party had removed any mention of God from the party platform. Coupled with the removal of a plank supporting Jerusalem as Israel's capital, the move created quite a political dust-up. So then the Democrats thought better of the matter and decided they would just put things back the way they were. The only mention of God in the whole platform was a passing mention with "God-given potential." A different "faith" section addressed religion.

So, then, in order to add these two points back in, it had to be voted upon on the floor. Delegates voted "ay" or "no." This is where the booing comes in. Convention chairman Antonio Villaraigosa, then the mayor of Los Angeles, called the matter for a vote. Normally things that are proposed easily pass with an audible two-thirds majority, but this time — as the Huffington Post reported at the time — the "nos" sounded as loud or louder as the "ays."

Villaraigosa repeated the vote three times, each time had basically the same response. The "nos" had it, but then Villaraigosa said, "In the opinion of the chair, two-thirds have voted in the affirmative, the motion is adopted, and the platform has been amended as shown on the screen." That's when the boos began. So they weren't so much booing God as booing the parliamentary procedure and the convention chair ignoring the majority's wishes, or at least somehow clarifying the tally.

The Democrats were under pressure to change the platform — even Obama got involved, ABC News reported. At the time, Romney said that the removal showed the Dems were "veering further and further away into an extreme wing that Americans don't recognize." Given that the planks were added back (and of course the fact that Obama won the election), would seem to imply otherwise.

Given the controversy, odds are "Jerusalem" and "God" are staying in this go-around too.