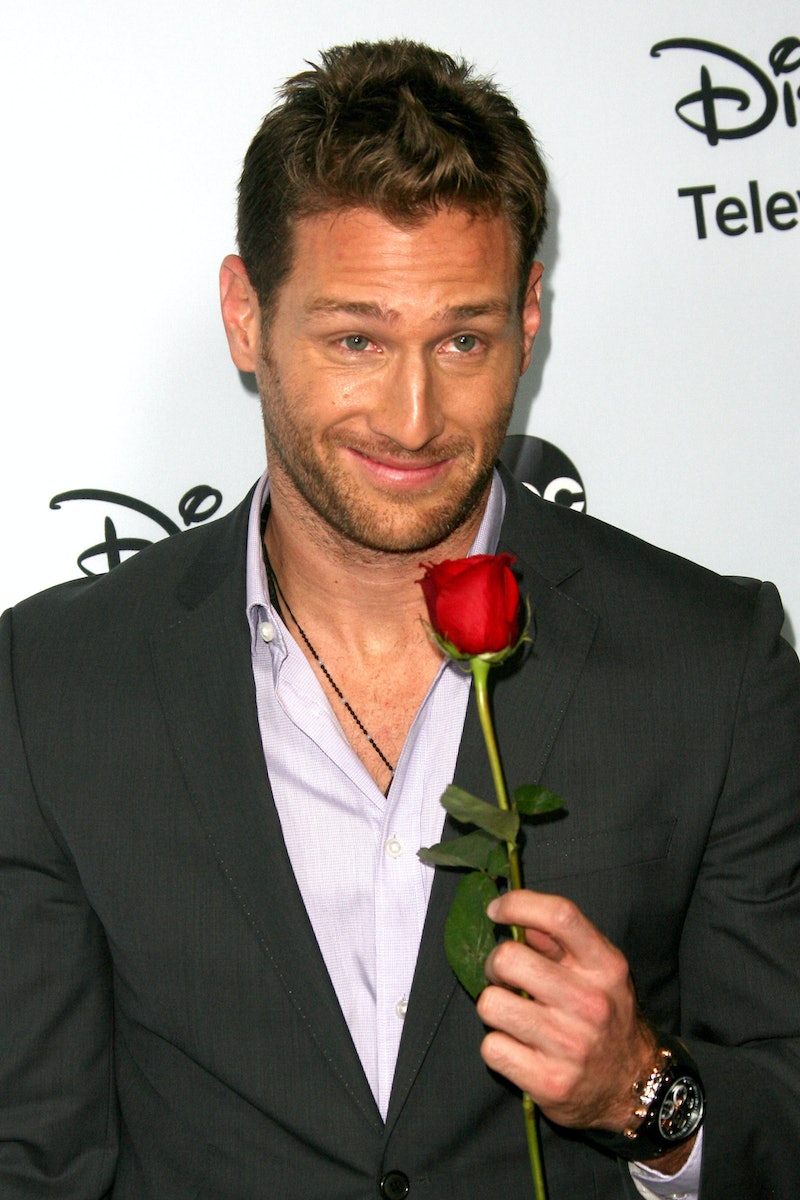 With Juan Pablo Galavis's journey (I hate myself for using that phrase) coming to an end next Monday, a lot of people are wondering who JP will end up with, either Nikki or Clare, but we have to wonder whether he'll end up with anyone at all. This season has been non-traditional in a lot of ways with women walking out on Juan Pablo late in the game, and a general lack of love for him from everyone involved in the process. Something tells us that JP isn't going to end this show the way it usually goes down. Just because there are two women left, doesn't mean one of them is leaving with a ring on her finger. Here are 9 reasons why no one's going home engaged.

1. HE SAID HE WOULDN'T DO THIS AGAIN

Juan Pablo was asked would he would go back and do it all again? He responded, "I don't think so. Probably not." Usually when you've found your soulmate you'd go through all the pain again and again if it meant taking the path that leads to the one you love.

Moms tend to know their kids pretty well and when Nikki asks Mama Galavis if JP is ready for marriage his mom answers only, "I am pretty sure," which doesn't seem all that convincing since he had about six hours to go from that to 100 percent all-in for a proposal.

3. BOTH NIKKI AND CLARE CRY

The fact that this show leaves not just the runner-up in tears, but both women makes us think things don't go quite as planned.

4. THE SHOW IS JAW DROPPING

Proposals aren't jaw dropping on this show, they're expected. So if Bachelor producer Robert Mills expects this kind of reaction, something out of the ordinary is probably going to go down.

5. CHRIS HARRISON IS TEASING US

He was asked about the finale and responded that it's “something we've never seen before, I can promise you that." He's also said, "I don't know if everyone's gonna leave this satisfied," and "the ending's not perfect." That doesn't bode well for a happily ever after like we're used to. (Happily ever after in this case means elaborate proposal and the inevitable break up 3 to 9 months later, per usual Bachelor standards.)

6. NIKKI AND CLARE COULD PULL AN ANDI

Perhaps both women come to the same realizations that Andi did so they leave the show on their own.

Obviously what Camila says goes, so if she doesn't like the women you can bet they're out. She's already met Nikki, but only for a moment so perhaps when JP's family meets the women next week, Camilla will have more time to make an informed opinion.

8. JP COULD PULL A JASON MESNICK

Remember when Jason picked one girl and then decided he actually liked the runner-up better? What if Juan Pablo tries to bring Andi or Sharleen or Renee back but then they're all like, "Um, no." So he's left with no proposal.

9. HE MAY NOT KNOW YOU'RE SUPPOSED TO PROPOSE AT THE END

One of the women accused Juan Pablo last night of never using the word "wife" or "marriage" throughout the process. Maybe he really just doesn't know that this show culminates in a wedding? Maybe things got lost in that language gap he keeps talking about and he thought that this was just a fun way to meet girls and maybe date for awhile.

Regardless, we're certainly in for a finale surprise whatever form that may come in. That much has been promised to us by Chris Harrison and the Bachelor producers. Watch the promo for Monday's finale here: