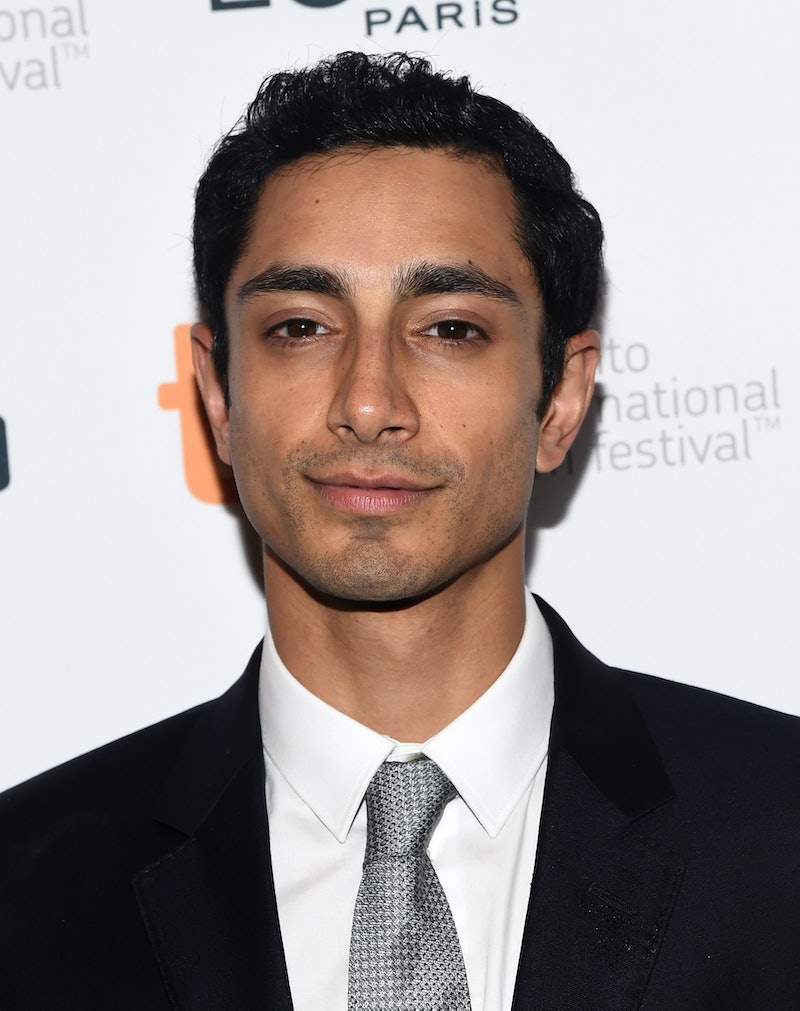 While watching the first episode of HBO's new summer mini-series, The Night Of , you may have had a few questions. Such as, did he really do it? But, many viewers were probably also wondering, who is Riz Ahmed? He's the English-Pakistani actor who plays Nasir "Nas" Khan, a New York City college student who finds himself the suspect of a murder of a young woman he doesn't remember committing. Think of this eight-episode series as the fictional answer to Netflix's highly addictive Making A Murderer or the first season of the Serial podcast, giving you that same unfortunate sense that the legal system is broken. The main reason why viewers won't want to see Nas put in jail for this heinous crime is because of Ahmed's performance, which has him capturing what it would be like to be caught in this real life nightmare.

Ahmed's name may be new to some, but he's not exactly new to acting. The 33-year-old London native has appeared in 11 films since 2006 and many of the roles have been as emotionally challenging as The Night Of. His first role a decade ago was in the Michael Winterbottom film, The Road To Guantanamo, which had him playing a member of the "Tipton Three." These were three British citizens of Pakistani and Bangladeshi ancestry who in 2001 were captured in Afghanistan while attending a friend's wedding and detained by the United States. They were forced to spend more than two years at the Guantanamo Bay prison, where they were tortured.

For the most part, Ahmed's filmography includes a lot of roles, that, like his first, ask a lot of him as an actor, physically, mentally, and emotionally. There are definitely no romantic comedies on the list, just thoughtful movies that take a closer look at identity. Fitting, being that the Muslim actor has his own opinions on diversity in television and movies in his homeland of England and the United States. To him, London is less segregated than New York or Chicago, but English TV doesn't show that. In an interview with Vulture, Ahmed said,

"It feels strange to me that the image the U.K. productions sell is a lily-white period drama. I see fewer mixed-race couples walking down the street in America, yet the image you sell is black and white characters fighting together side by side. It’s interesting to me that both societies are in denial of their reality... My golden rule is to tell stories that add some complexity and nuance and humanity to the situation."

With each role Ahmed picks, he wants to do his part in showing strong, capable characters that are not white. He's even rapped about his feelings on the need for everyone to look inward when it comes to race; Ahmed is also a musician by the name of Riz MC who, in 2011, released his debut LP, Microscope and last year released a mixtape called Englistan . His 2015 video, “I Ain’t Being Racist But…”, shows him wearing a black ski mask and spitting rhymes about Pakistani immigrants who "take our jobs and impregnate our sisters." It's tongue in cheek, but, when he pulls off his mask to reveal himself, he wants to get everyone thinking about what it really means to be a patriot and why that too often leads to prejudice.

Getting people thinking is something Ahmed tries to do with his movies too. He's played MI5 agent (2013's Closed Circuit), an aspiring suicide bomber (2010's Four Lions), a lovelorn wealthy British businessman (2011's Trishna), and a couple of drug dealers (2008's Shifty, 2012's Ill Manors). His most noteworthy movie to date though is 2014's Nightcrawler, which starred Jake Gyllenhaal as an ambulance chaser who videotapes crime scenes and sells the footage to local news channels. Ahmed is Gyllenhaal's assistant who is desperate for money and would do anything to get it.

In an interview with Fandango, Ahmed said that during the filming Nightcrawler, which unsurprisingly takes place at night, he didn't see sunlight for months. "It does very weird things to you," he said. "It turns you into a slightly different version of yourself." He called it a "vampire version of you," which apparently worked, since Ahmed was nominated for multiple awards, including the Independent Spirt Award for Best Supporting Actor and the Gotham Independent Film Award for Breakthrough Actor.

2016 isn't only Ahmed's breakthrough year because of The Night Of. There are also four other movies he will appear in. He's in the U.K. crime thriller City Of Tiny Lights as a private eye, who sets out to find a missing hooker and begins to learn a lot more about himself and suburban London. He'll also be in the latest installment of the Bourne series, Jason Bourne, out July 29, which marks the return of Matt Damon. Ahmed plays Aaron Kalloor, a tech specialist at the CIA, so expect some very smart dialogue that may or may not make sense to the average computer user.

But, most notably, the actor will enter a galaxy far, far away playing Bodhi Rook in Rogue One: A Star Wars Story, which tells the story of a group of rebels who try and steal plans for the Death Star. As Entertainment Weekly revealed, Ahmed's Rogue One character is the Rebel squad's lead captain who is hot-headed and abrasive, but very good at flying. So, he may have a little Han Solo in him, but don't expect to learn anything more about Bodhi Rook until the film's official release on December 16.

In an interview with Variety, Ahmed spoke about his breakout year, which to many on the outside seems amazing, but to him, is just another year of his career, which he hopes will be a long and prosperous one.

"Trajectories aren’t linear. Life’s just a roller coaster. If you’re getting a chance to do cool stuff and it’s varied stuff, just enjoy it. I guess I’m a believer in the randomness of life, rather than it being a linear trajectory, or an arc, a consistent smooth arc towards anything... Then again, I’ve never done a Star Wars movie, so what the hell do I know?"

From the looks of The Night Of, Ahmed knows a hell of a lot more than he thinks.

More like this
Everything To Know About Obi-Wan Kenobi Season 2
By Kadin Burnett
Who Is Liam Neeson's Character In The Obi-Wan Kenobi Finale?
By Kadin Burnett
Taylor Swift's “Carolina” Theme For 'Where The Crawdads Sing' Soundtrack Is Here
By Jake Viswanath
What Is Elvis Presley’s Net Worth? How The King Earned & Spent His Fortune
By Grace Wehniainen
Get Even More From Bustle — Sign Up For The Newsletter