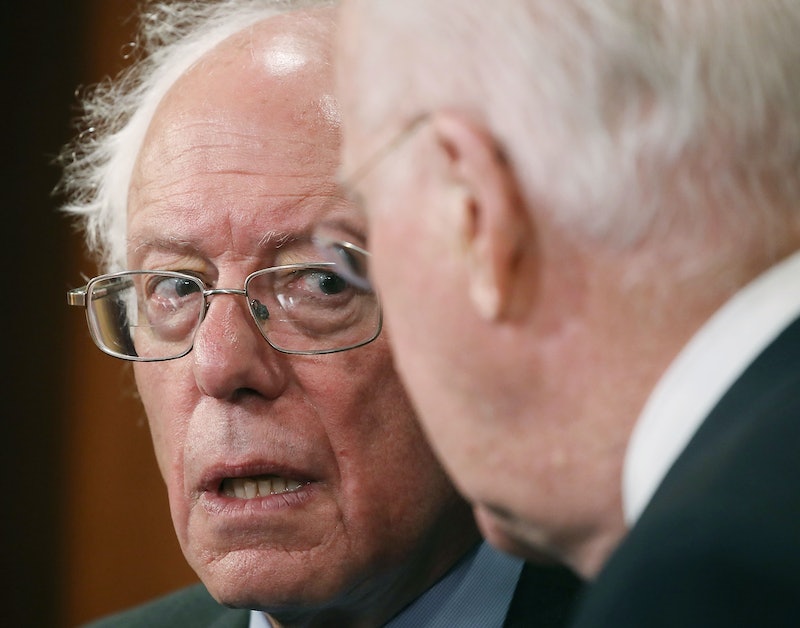 While Donald Trump has taken aim at a fair number of politicians, Bernie Sanders has been relatively exempt from the presumptive Republican nominee's blows. However, on Tuesday, Trump attacked Sanders over Twitter in advance of the Vermont senator's widely expected and long awaited endorsement of Hillary Clinton. Sanders, who had won several key concessions during the Democratic Platform Committee meeting in Orlando last week, had been holding out on endorsing Clinton, even after she had won enough delegates to secure the nomination and Sanders himself had been mathematically eliminated from the running (and largely admitted such during a C-SPAN interview in June).

Trump has been trailing in the most recent polls: the RealClearPolitics average at the time of writing has Clinton up by nearly 5 points against Trump. if Democrats are able to unify behind their candidate, that could spell trouble for the divisive anti-establishment GOP candidate.

Many speculated that Sanders' continued presence in the Democratic race was a boon for Trump, and Trump himself had previously praised Sanders, even going so far as encouraging him to run as an independent should he fail to win the nomination. Of course, this would split the Democratic vote, making it easier for Trump to make it to the White House.

All eyes have been on Sanders since Clinton clinched the nomination in early June, with some expressing concern that the lack of unity could cause a repeat of Al Gore's 2000 loss to George W. Bush, which many attributed to the presence of a left third-party candidate, Ralph Nader.

A few minutes later, Trump went on to add:

All that's missing now that Trump has full-on turned on Sanders is one of his signature nicknames.