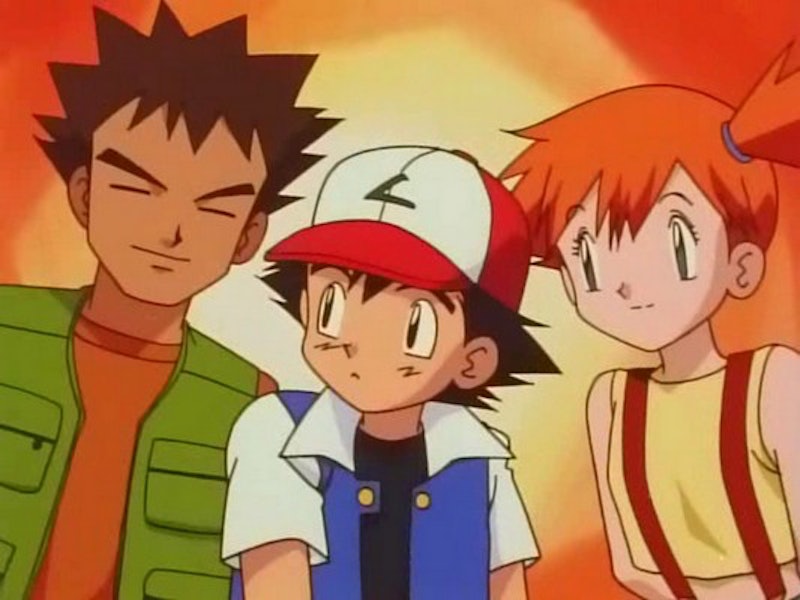 One of the great joys of childhood was absolutely crushing your pal in a Pokemon battle, dual Gameboy colors in your tiny little hands, both connected by a magic wire. Suffice to say it's that kind of potent nostalgia that made the release of "Pokemon Go" the Earth-shattering event of Summer 2016. We're not just trying to capture Weedles, Magmars, and Duduos (so many Duduos). We're trying to capture the our lost youth... and part of that youth included bonding over a game link cable. So naturally plenty of people are wondering: can you play "Pokemon Go" with friends? Put concisely: No. And hell yes. Let me explain.

As of right now, "Pokemon Go" is not interactive in the same way your classic Red, Blue, Yellow, Gold, Silver, Crystal... whatever color you left off on, that version. You can battle, yes, and my friend was technically able to battle me when I was the Gym Leader of Rough Trade for a few glorious moments. That, however, is circumstantial: if you're not up to date on being a gym leader yet, the premise is that your Pokémon becomes an NPC. So again, generally you're not able to battle against your friends in a traditional fashion. As far as trading goes, John Hanke, CEO of Niantic has confirmed that the "Pokemon Go" team is working on bringing trading to the app. Small miracles.

Now, don't get disappointed just yet, fellow trainers. Even if you can't fight against each other or snag your friend's Jigglypuff like the olden days, that doesn't mean you can't embark on the Pokémon journey together, as seen on television.

The simplest way to do this is by creating a makeshift work-out program around the game i.e. walking everywhere with your friend on the quest for Pokémon. I've not only seen friends and lovers out catching 'em all during McCarren Park night walks, I've also taken this activity out for a test run with my bestie twice now. What's interesting, in my experience, is that the game is pretty fair and will pop up the same Pokémon for both of you so long as you're in the same immediate area. We're also of a similar level, so it's hard to say if you'll get the same Poké-picks if you're egregiously stronger (or weaker) than you traveling companion.

Another idea? If you haven't picked a side yet, or your friends just happen to all be on the same team, this is a great opportunity to join forces with them. Maybe that means wearing matching bomber jackets with an Articuno blazing on the back when you go bar hopping. Maybe that means you can systematically band together to run that gym on top of Chipotle. Incidentally, my bestie, my brother and I selfishly joined Instinct, Valor, and Mystic respectively. So... we will not be partaking in that project personally.

I'll keep apprised on any updates that throw us further down to the glory years of Pokémon pandemonium. Until then, revel in the fact that in this great Pocket Monster renaissance you can more than catch 'em all: you can assemble your own Brock and Misty, too.