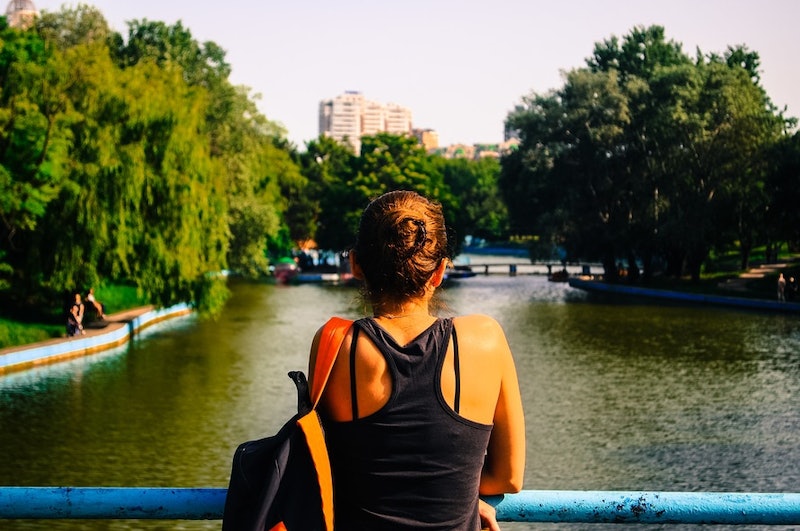 Procrastination can often seem like the most dreaded word. For ages, it has been drilled into our heads as a detrimental habit, however there are actually times procrastination can be a good thing — believe it or not. It all depends on how you use the time when you’re procrastinating. Are you mindlessly watching a reality TV show instead of working on a big school project? Or, are you procrastinating the project by browsing the Internet for inspiration and bigger and better ideas? The latter can truly be a great use of your time.

According to Smithsonian Magazine, scientists say there are two different types of procrastination. The first is passive (like, the example of you sitting and watching reality TV), and the second is active. During active procrastination, you’re actually doing something else valuable with your time — whether that’s completing an unrelated yet important task, or brainstorming, or collaborating with others, etc. Active procrastination can be beneficial to you, as long as you’re the type of person who can handle the pressure of working on projects close to the deadline. Of course, not everyone thrives off that last minute pressure, so if you’re someone who can’t seem to function as such, you should likely avoid procrastinating, according to Inc. However, if you’re the type who knows they’re capable (and perhaps works even better) under those deadline-driven moments, you no longer need to run from your procrastination habit. Embrace it… just be certain you’re being active about it, rather than passive. Here are 11 times procrastination can actually be a good thing.

1. When You’re Trying To Make The Best Decision Possible

Decision making can be incredibly difficult at times, especially when the decision has to do with something important in our lives — whether that be work, family, finances, or the like. According to Fast Company, procrastination can come in handy when we’re faced with big decisions, as it allows our minds to fully think through and weigh our different options. The outlet quoted Frank Partnoy, author of Wait: The Art and Science of Delay , who noted that during the process of procrastination when you’re delaying, it’s a great time to collect and review the information necessary to make the best decision possible.

2. When You’re Struggling To Prioritize

Let’s say you walk into your office one morning, and — before you’ve even had a moment to sit at your desk — a million things are thrown your way all at once. You might think procrastination is the very last thing you have time for right now, but think again. According to Forbes, procrastinating just a bit here can be beneficial, as it can help you prioritize what things need to be completed first, rather than diving straight in without any rhyme or reason. By giving yourself those necessary moments to think, you’ll be able to clearly see that some items on your list are more important than others, and you can sort the tasks out as such.

3. When You Want Unnecessary “To-Dos” To Disappear

OK let’s stick to talking about that list of tasks you have for the day. That procrastination time allowed you to assess where the priorities fell in order of importance, right? In addition, according to Psychology Today, that time can also allow you to drop certain things off your list that are actually not all that necessary when you think closely about them. For example, as a procrastinator, yesterday I had a giant, detailed to-do list for the day. Given much of my morning was spent in that “active procrastination” stage, I ultimately realized a couple of items on my list were actually more of space fillers than anything else. I ended up scratching them from the list all together, as I realized they simply weren’t relevant for my day.

4. When You’re Weeding Through Good Vs. Bad Ideas

Sometimes it’s necessary to ask yourself why exactly it is that you’re procrastinating in the first place. Perhaps you’re feeling unmotivated, maybe you subconsciously enjoy the last-minute pressure that comes with trying to meet a quick deadline, or it could simply be that the idea you’re working with right now completely stinks. On his website www.JamesAltucher.com, James Altucher, an investor, author, and entrepreneur, suggested listening to what your procrastination is trying to tell you — and if it’s that your current idea just isn’t right — benefit from this by revisiting your brainstorming phase. According to Altucher, “… you procrastinate when your body and mind are telling you you don’t like something.” So, with that in mind, use the procrastination wisely and sort through the good versus bad ideas during that time, and land on the ideas that feel right.

5. When You’re Trying To Get Past A Lack Of Motivation

Another major contributor to procrastination is a lack of motivation, but you can use this to your advantage. During the procrastination period of time, let your mind wander to what the most interesting task you can be working on is, and start there (as long as it doesn’t mean missing other deadlines in the process). Not only will you be able to quickly check something off your list, you’ll also be able to get a better sense of yourself and learn what things you genuinely enjoy. According to RobertHalf.com’s blog, where the staffing firm offers career and hiring advice, this can help refuel the passion you have for certain tasks and assignments.

6. When Collaboration Will Benefit The Project

When we tend to work on the same projects over and over, it sometimes happens that our ideas get stale over time. For that reason, collaboration can bring about some new, fresh thoughts. According to Inc., procrastination allows for the necessary time to collaborate with others who might just have those fresh ideas we’re in desperate need of. The outlet noted this time will also allow you to get feedback from others around you, instead of submitting something too quickly just to cross it off your list.

Some of the most creative minds out there are procrastinators, according to Fast Company. This is because when the brain is putting off doing one thing, many times it will start running in another direction to finds ways around that task at hand. The outlet quoted John Perry, author of The Art of Procrastination: A Guide to Effective Dawdling, Lollygagging, and Postponing , who said, “If you go back through history of human culture, and take away every invention that was made by someone who was supposed to be doing something else, I’m willing to bet there wouldn’t be a lot left.”

8. When You’re Putting Together A Presentation

Yes, being well prepared when you have to give a presentation is a great thing (especially for those out there who are terrified of public speaking), however a little procrastination can be helpful leading up to creating the presentation too, according to LearnVest.com. Why? Waiting until a time near to when you’ll actually be giving the presentation means the information within will be as current as possible. The outlet noted not only will the points you’ll talk about be current, they’ll also be really fresh in your mind as well, so it’ll make them easier for you to speak about.

9. When You’re Giving An Apology

If you’ve even heard someone say an argument needs time to cool off… this is exactly what we’re talking about here. That cool off period — or procrastination of readdressing the fight — can lead to better apologies, according to Psychology Today. According to the outlet, this is because each side of the argument will have the sufficient amount of time to think through the points made in the fight and come back to the table with the most genuine apology possible.

Procrastination can be a good thing in all of the above situations, as long as you’re sure you have the time to procrastinate. So, for example, if you have a big project due in an hour, it’s not worth missing your deadline because you want to reap the aforementioned benefits of procrastinating. Huffington Post discussed procrastination and said that if you’re someone who wants to benefit from procrastination, you simply need to be sure you clear your calendar to include time to actually complete the task. If something is due tomorrow at 12 p.m. and you want to procrastinate, just be certain you leave yourself enough time tomorrow morning to work on it. Then, don’t let it clog your mental energy today, and use that brainpower for something else (perhaps something you’re more interested in doing).

11. When You Know It’s What Makes You Excel

Simply put, some people just work better under pressure. If you’re someone like that (I sure am!), you know just what I mean. Procrastination can be a good thing for those of us who work best in this way. According to MindBodyGreen.com, a study out of Columbia University showed those who partake in active procrastination are not prone to miss deadlines, and rather are known to get things in on time and to have a higher self-efficacy. If you know you work best in this way — run with it.

While procrastination is often met with the most negative of connotations, as we’ve seen here there can certainly be up sides to it. By procrastinating wisely, you might soon find you’re reaping some of those very benefits we discussed.