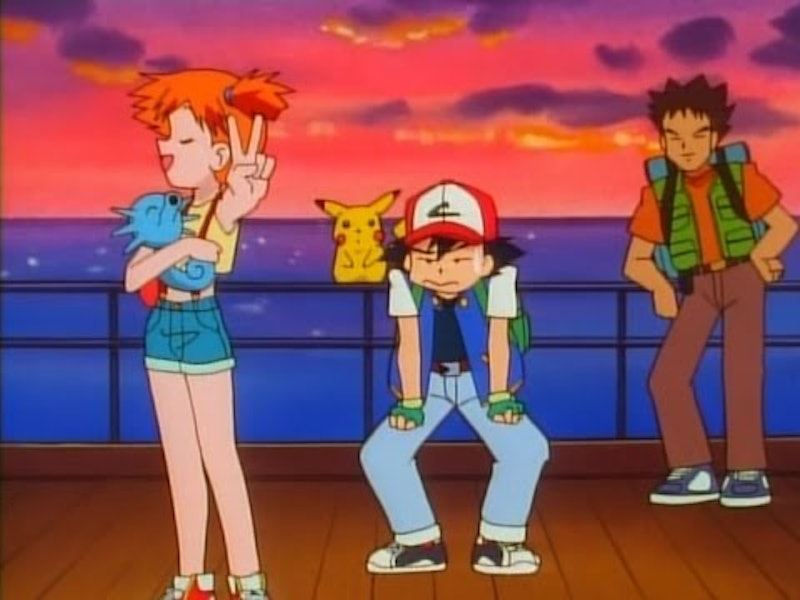 Through the power of GPS, Niantic's new iOS and Android game, Pokémon GO, is finally giving you the chance to fulfill your dreams of becoming a Pokémon master. Augmented reality maps provide you with gyms, Pokéstops, and information on where you might be able to find the nearest Slowpoke, allowing long-time fans of the animated television series, card game, and video games to (quite literally) bring Pokémon into their own worlds. But, as exciting as the new game may be, it's also raising some questions in regards to how geographic location is used in "Pokemon Go." And, directly related to that, whether or not your geographic location is directly affecting your Pokémon-catching abilities.

The map of "Pokemon Go" is certainly an accurate one. According to Mashable, the founder and CEO of Niantic, John Hanke, and the rest of the team all procured the map in the game from the knowledge they gained working for other popular mapping companies, as well as their test-application, Ingress, that was released in 2011.

A lot of us worked on Google Maps and Google Earth for many, many years, so we want the mapping to be good. We basically defined the kinds of places that we wanted to be part of the game. Things that were public artwork, that were historical sites, that were buildings with some unique architectural history or characteristic, or a unique local businesses.

So, yes, the people behind the game do have a level of familiarity of the areas that have been turned into Pokéstops and gyms.

However, when it comes to the geographical locations of the Pokémon themselves, things get a bit more complicated. "We assign values based on whether there is a water body in an area — so a stream, a river, a pond — whether areas are designated as zoos or parks, or other kinds of mapping designations," Hanke explained in regards to the placement of certain Pokémon. "...We utilise that [a geographic classification map] to map Pokémon species to appropriate habitats."

All of this information affects your job as a Pokémon trainer. For example, water Pokémon (such as a Horsea or Goldeen) will be more frequent near the water. Low-key common Pokémon (such as a Rattata or a Pidgey) may be more common in a residential area. In order to catch them all, a certain amount of travel is basically a requirement, as specific types of Pokémon may live in habitats not common to the areas in your neighborhood, and, therefore, are rarer to come by.

My personal experience with "Pokémon Go" has confirmed these geographical discrepancies as well. My neighborhood seems to have an unusually high level of Drowzees walking around, but, for my friend who lives elsewhere, a Drowzee is less common. And there are definitely more water type Pokémon by the water — when I can actually get out there to catch them.

Now, this isn't to say that you can't catch them all if you don't travel. But if you want to get the job done at a faster pace, you need to get off your couch. After all, Ash Ketchum didn't just sit around waiting for the Pokémon to come to him.