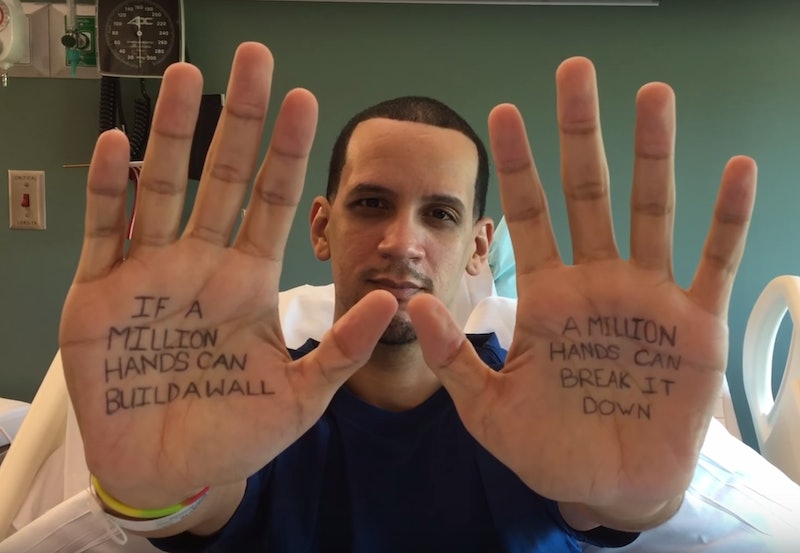 It’s been just over a month since the horrific shooting at Pulse nightclub in Orlando, but efforts to pay tribute to the victims of the attack and support survivors continue. On July 12, Interscope Records released a lyric video of “Hands,” featuring survivors of the Orlando attack. The video is an emotional reminder in the wake of tragedy that, though people have the power to destroy and hurt, they also have the power to show tremendous love.

“Hands,” a tribute song penned by Justin Tranter (the man behind a number of recent hits), was first released on July 6. It features the voices of 24 major musical artists, including Gwen Stefani, Selena Gomez, Mary J. Blige, RuPaul, and Jason Derulo. This new lyric video highlights the song’s important message of love, support, and the agency we all have to make the world a better place. What makes the song even more powerful is the video’s inclusion of three survivors of the Orlando nightclub attacks: Patience Carter, Tiara Parker, and Angel Anthony Santiago. Also featured in the video are a variety of YouTube personalities (Check out the video’s intro for a full list).

The concept of the video for “hands” is simple: Participants appear on screen with lyrics written across (you guessed it) their hands. It’s surprisingly moving:

If a million hands can build a wall...

A million hands can break it down...

"Hands" is available exclusively from iTunes.