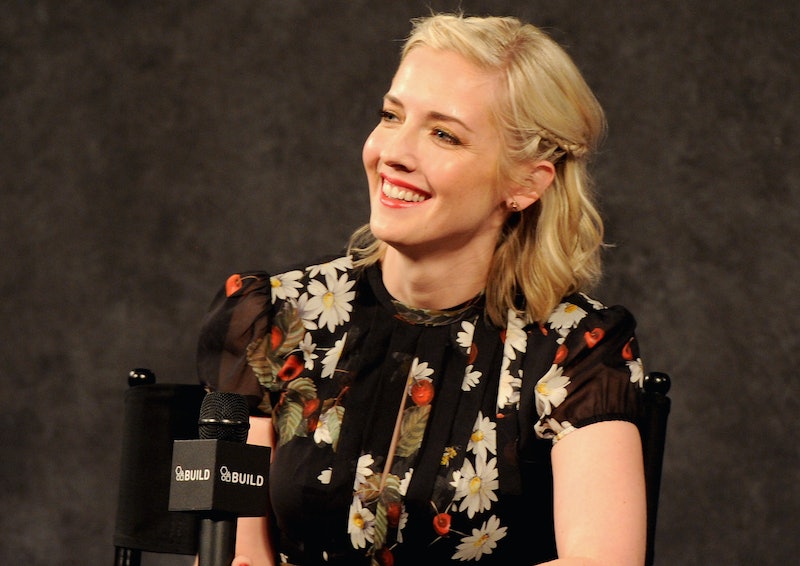 From the sheer amount of criticism, praise, hype, and general discourse that has surrounded the all-female Ghostbusters reboot for literal years, being the screenwriter assigned to co-craft the Paul Feig directed flick seems like a huge burden. Surely every fan and critic is watching with a skeptical eye. But for Katie Dippold, who co-wrote the script with Feig, the opportunity was nothing short of thrilling. "I was so excited, but at the same time, terrified," the screenwriter says. "I knew it was going to be very hard, and a very high bar. But I couldn't not do it. There was so much fun to be had."

Dippold worked with Feig once before, when she wrote his 2013 action/comedy The Heat, also starring Melissa McCarthy. But this was the first time the pair collaborated on something from the story's inception onwards. "By this point we are so comfortable together. We are very similar in the way we like to write. We are extroverted introverts. We like talking about the scenes, but then retreat to our own quarters to write," she says. "Neither one of us like the idea of sitting side by side at a keyboard."

Because Feig could not make up his mind about who he wanted to cast in the four female leads, the writing process was fairly organic. Instead of writing for four specific actors, according to Dippold, Feig said, "'Let's get the characters down, find their dynamics, then see what makes sense.'" Yet their was one actor Dippold knew Feig had a soft spot for, and assumed would make it into the final four ladies: Kate McKinnon.

Even harder than writing the characters themselves, crafting the heavy scientific jargon was entirely taxing. Dippold, who had a very minor understanding of science before the film, asked if she could speak with a physicist at Columbia to get a "basic understanding of what's going on." She met with two scientists: "They are both named Bart," he says.

To continue her education while writing, the duo had a consultant, "James from MIT," on stand by to answer their never ending questions. Because according to Dippold, Feig was dead set on having the scientific props look and behave as real as possible. "There's real science behind a lot of it," the 36-year-old admits.

Though much of the science is real, there are many elements — like those very human-looking ghosts, and all that green slime — that are obviously born from fiction. For this, Dippold resorted to one of her very favorite genres: Horror. "I love everything scary," she says. "Every Halloween, the whole month I call 'Boo-tober,' which I know makes no sense — it's so stupid — but then I make my friends go to different haunted houses. In August I'll start emailing them dates of things."

Needless to say, being able to craft Ghostbusters with a horror twist was a "dream come true" for Dippold. "It's hard to get horror comedies made at all, let alone on this scale. For a billion reasons I was very excited. When I was writing I would listen to scores from different horror movies. I love Shaun of the Dead, Cabin in the Woods, American Werewolf in London."

Yet comedy, of course, is Dippold's bread and butter. The blonde writer wrote many episodes of Amy Poehler's Parks and Recreation (including the beauty pageant episode and Andy and April's wedding episode). And now, with Ghostbusters behind her, she's writing a project for another one of the funniest women in Hollywood — Amy Schumer. Directed by The Night Before's Jonathan Levine, the feature also stars Goldie Hawn as the two are swept up into an action/adventure/comedy currently filming in Hawaii.

"I just came from Oahu," she says. "I was a crazy Goldie Hawn fan growing up, so seeing her back in action is surreal. She's hilarious, as always, and delivers an amazing performance. She let's us ask questions about all her movies, and we even got her to repeat a few of her famous lines," Dippold admits, beaming. "And Amy Schumer is a hilarious, fantastic actress. I was watching Trainwreck, and her character says so much stuff that's so unlikable, but she gets away with it in a way I haven't seen many get away with before."

The "Untitled Mother-Daughter/Action Comedy Project" (thanks, IMDB) doesn't have a release date yet, but considering the success of Dippold's previous projects, audiences are in for great time at the movies. Luckily, we don't have to wait too long to see Dippold's life come to work on the big screen, as Ghostbusters hits theaters everywhere on July 15.