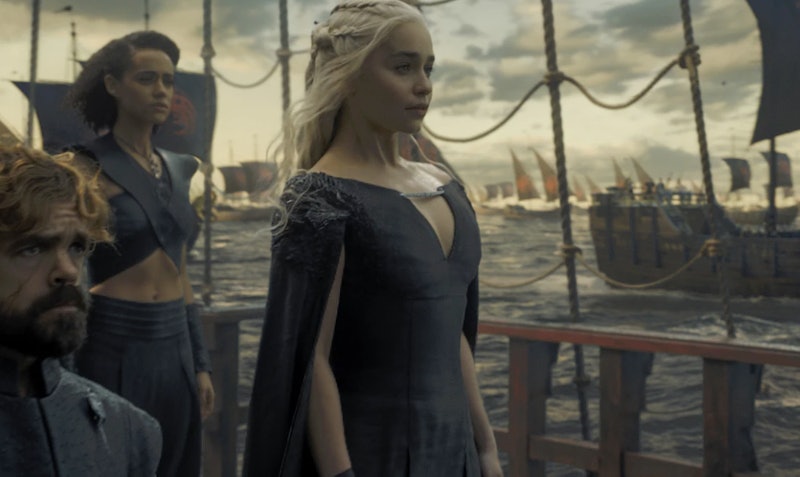 Are Sunday nights suddenly filled with emptiness and dread? Are you looking for wild theories about lineage and politics in every show you watch — even if it’s a multi-camera sitcom? Have you been losing sleep over what will happen when Daenerys Targaryen arrives in Westeros? It sounds like you are experiencing Game Of Thrones withdrawal, following the recent season finale. Don’t worry, you’re not alone. And I am here to help. There are a few shows currently streaming on Netflix to help fill the Game Of Thrones void.

While there is no real replacement for Game Of Thrones, constantly bringing up the parallel cases for either Jon Snow or Daenerys Targaryen to be revealed as Azor Ahai to family and friends is not the right answer. The pain you feel waiting for Season 7 — which is delayed due to winter filming requirements — can be alleviated with new television shows currently streaming on Netflix, but sadly there is no cure. These streaming suggestions will, however, take your mind off Cersei’s coup to take over the Iron Throne and musings about where Arya is headed next. For your own sanity, here are nine shows that you can watch on Netflix instead of reeling over Game Of Thrones. And, don’t worry, winter is coming — we just have to wait.

Season 1 of the MTV series just hit Netflix. Like Game Of Thrones, The Shannara Chronicles is based on a popular fantasy book series. The show follows heroes in a dystopian future on a quest to defeat an evil army — the characters, monsters, and other Earth are recognizable staples of the genre.

A political game of chess? It doesn’t matter if it’s modern America or Westeros, the twists and manipulation are the same. P.S. Don’t you agree that Frank Underwood would be a Lannister?

History is a huge source of inspiration for George R.R. Martin, and almost no other royal exemplifies the violence, religious turmoil, sexism, and scandal than England’s Henry VIII.

Speaking of scandalous, historic families, the Borgias likely have the Tudors beat. The series chronicles Pope Alexander VI and his children — who, spoiler alert, aren’t the most pious of people.

In case you missed the memo, Sons Of Anarchy is Hamlet on motorcycles. And, any Game Of Thrones fan would be into the father/son struggle, violence, and romance presented in the Bard’s famous work.

A medieval adventure based on history? Marco Polo is a no-brainer for a GOT fan’s Netflix queue.

If you watch Game Of Thrones for the magic and fantasy, then this drama based on the King Arthur saga is perfect for you.

White walkers are basically zombies, after all.

OK, so it is a youth-oriented CW show. But the Stuart monarchy the show is based on that paralleled and succeeded the Tudor reign is also teeming with historic television fodder.