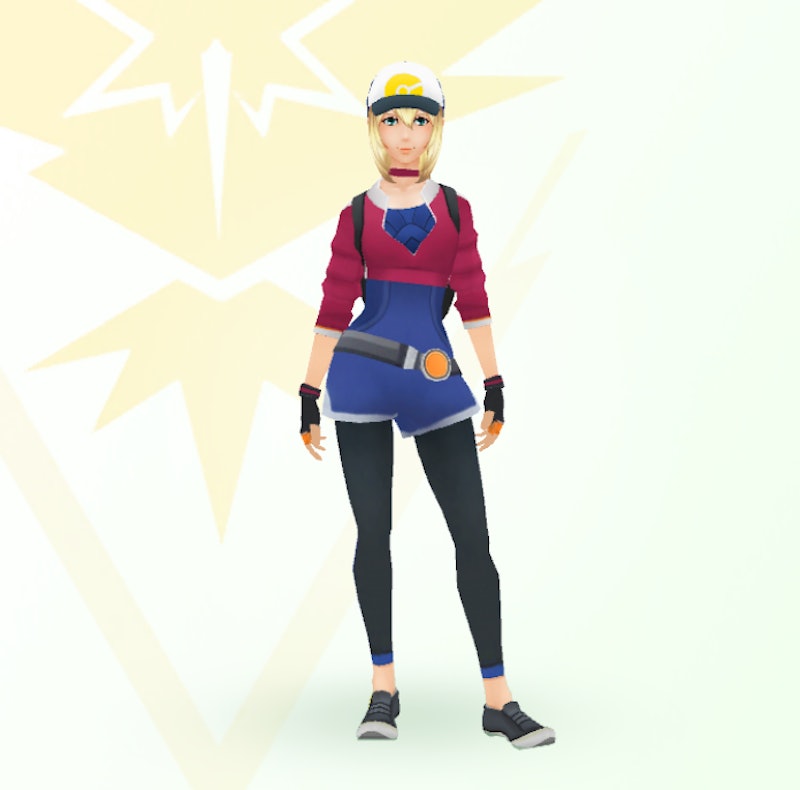 If you picked up "Pokemon Go" thinking that it would be a flash-in-the-pan trend that would blow over in a day, you may have rushed through some important decisions at the start of the game. Seven days deep, you may feel a pang of regret when watching your character walk around the screen, asking yourself, "Can I change my avatar's outfit on 'Pokemon Go'? And, if not, is there a nearby time machine that I can use real quick to go back and correct this?"

If you rushed through the character design process, you are not alone. Who could have predicted when "Pokemon Go" was released last week, that it would become a massive global phenomenon? The appearance of your avatar is suddenly important now — especially since the estimated average time we spend on the app daily is 43 minutes and 23 seconds (Ha! Amateurs!).

When you log into the game for the first time, you are prompted to pick a nickname and design your avatar. Here's the sad news — once you finalize these choices, you are unable to go back and change them. So if you are just now setting up your "Pokemon Go" account, you may want to take some time to think of how you would like to be depicted in this very popular and visible game (I'm looking at you trainer "PooPieze" and "chubs84" who are currently holding down my nearest gym).

When designing how your avatar looks, you have several skin tones, and hair and eye colors to choose from. "Pokemon Go" will not ask you to choose the gender of your avatar, only the "style" which is actually pretty exciting!

You can also specify your character's outfit components, including the look and color of their hat or visor, pants, backpack, shirt/sweatshirt, and sneakers. The sartorial choices are definitely more function than fashion — comfortable, sporty clothes that will hopefully allow your avatar to catch the most Pokemon possible. It would be pretty difficult to chase an Onyx in six-inch heels — I know that I'd definitely sprain something (like my whole body).

Backlash against the available trainer outfits has already started. Elite Daily reports that many trendy "Pokemon Go" users have even taken to Twitter to express their displeasure with the color palette and aesthetic choices (why all rompers?):

Some players are even considering taking drastic measures to change their trainer's clothes:

However, not all users are dissatisfied. Some even see the avatars as style icons and are thrilled with their short pants and leggings combo:

If you are feeling the itch to change your avatar's look, you always can set up another "Pokemon Go" account with a different email address. Though, if you have already put some serious time into the app and caught some good pokes, I'd recommend sticking with your original character (be it mismatching and poorly color-coordinated). A few more days with your avatar, and who knows? Maybe Nintendo will release a fashion update??