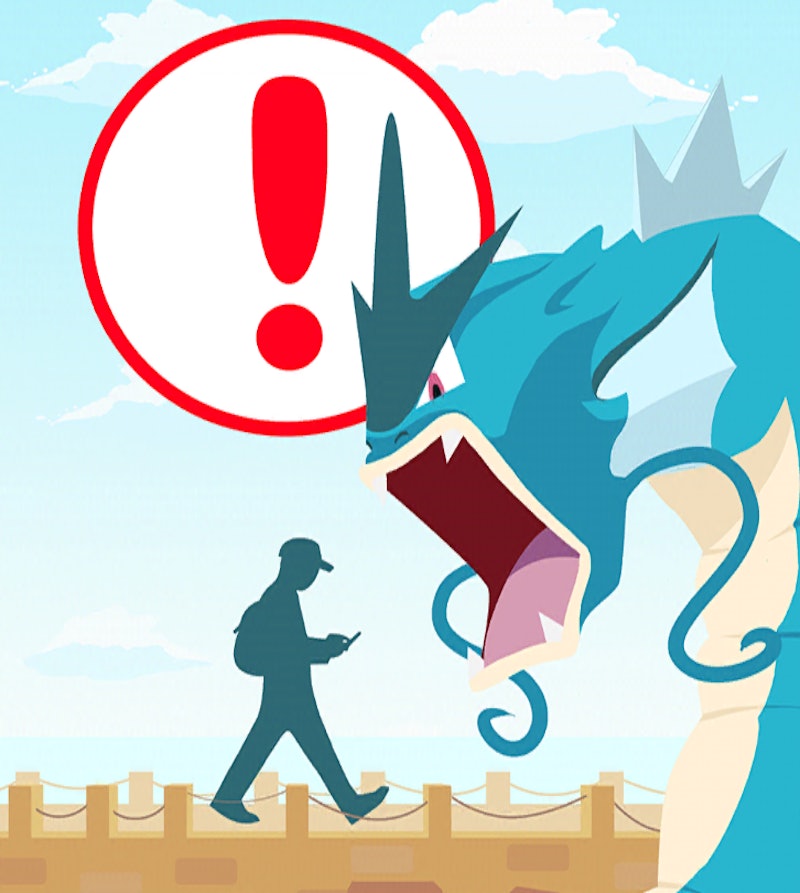 The global Pokemon phenomenon has dominated the news this week, but for even the most devoted trainer, there may still be a few things you don’t know about "Pokemon Go". Young and old (and mostly Millennial) alike have enjoyed catching ‘em all since the app was released last Thursday in the U.S., and now it is quite possibly the biggest mobile game in this country’s history, reports CNBC. It quickly surpassed Tinder in number of downloads, and its engagement is off the charts — beating out Snapchat, Instagram, and even Twitter in number of daily users. There is no knowing how big it could get, as just today it was officially launched in the U.K. and is still not available in Japan.

Before "Pokemon Go" exercise was a chore, but the possibility that there might be a new, rare Pokemon out there for the taking, has been enough to make millions of users lace up their sneakers and hit the streets. These Poke-heads may know the difference between a Meowth and a Mew, but there are still a few little known facts may surprise even the most passionate player. The game's creators and distributors have been remarkably tight-lipped about the game's creation, release, and future plans. All the mystery has made us hungry for more info! So, to satisfy your curiosity, here are some things you (probably) didn't know about “Pokemon Go”:

1. It Was Probably Conceived As A Prank

Pokemon masters in training can most likely blame their newest obsession on an April Fool's prank from way back in 2014. Stuff.co reports that a joke between the then heads of Nintendo, The Pokemon Company, and Google Maps lead to the "Pokemon Challenge." For 24 hours Google placed 150 Pokemon spanning locations across the world on its map app. To "collect 'em all" Google map users simply had to tap the place on their phone screen where the Pokemon was pinned (no Pokeballs required). While the prank was more hide-and-seek than the complex augmented realty of the current "Pokemon Go" iteration, the similarities are still pretty astonishing.

2. We Can Thank Ingress users For Our Local Pokestops

Whether you live in a big city or the most rural part of the country, as long as there is some sort of network you can play "Pokemon Go." But how does this far-reaching app know where to put its Pokestops?

Ingress, a massive multiplayer augmented-reality game made by "Pokemon Go" developer Niantic Labs back when it was a part of Google, paved the way for a game on this global scale. Ingress has been available for Android since 2012, and for iOS devices since 2014. Teams must use “portals” which are landmarks, monuments, and other such places of cultural import to capture geotagged points on the map. Ingress players submitted their own portal suggestions over the years, expanding the game. These portals have been converted into the gyms and Pokestops we visit today — and some people are even using this info to hack the game.

3. It Will Take You To Some Weird, Hilarious, Scary, And Downright Depressing Places

Playing "Pokemon Go" has encouraged a lot of people to explore and learn more about their city or town. The game has even led its players to some new and exciting places — but some designated Pokestops are also super strange. The game, which is for players of all ages, is not all trendy murals and busts of Mozart, Gizmodo points out — it also has a surprising number of strip clubs, graveyards (and memorials), and SO MANY CHURCHES. You can collect Pokeballs from the 9/11 memorial pool and challenge the Pokemon gym located at the Kansas' outpost of the Westboro Baptist Church. For a fun game... things sure just got heavy.

"Pokemon Go" was released Thursday July 6, and while the trend-makers who were early to the party got to up their levels over the weekend, it's possible they may have to deal with some security problems. If you downloaded the game onto your iPhone and signed in using your Google account (which was the easiest way to access it), Niantic gained full access to your Google account.

That includes access to your email, location, camera, photos... so basically everything. Among mounting privacy concerns, Niantic, Inc. told Game Informer that the request for "full access permission for the user’s Google account" was "erroneous." An update for the app was released Tuesday, July 12, which only gives the company access to basic Google profile information. To update your "Pokemon Go" on iPhone, sign out and download the app, and follow these steps to make doubly sure that you have the latest privacy settings!

5. Niantic and Nintendo Partnered To Make The Game

How many tech companies does it take to make the most popular mobile game in recent history? Quite a few, it turns out! Nintendo and Niantic collaborated to develop and release the augmented reality game, but it seems Niantic was the primary developer. Nintendo is part of the The Pokemon Company which was established in 2000 to license the brand and is a joint investment with companies Game Freak, and Creatures as well.

6. We All Should Have Bought Nintendo Stock Last Week

Nintendo stock soared on Monday thanks to the surprise success of "Pokemon Go" — its price increasing by 25 percent. Some analysts are saying that it's no use investing now, as Nintendo's stake in the popular game is too small (see above), making it unlikely that the Japanese company will gain a large amount of the direct profit. However, Nintendo has launched its own mobile game company and is slated to release several games this year. If these games capture some of the nostalgic magic of "Pokemon Go," we may continue to drool over the Nintendo resurgence.

7. There Is A Possible Partnership In The Works With McDonald's

A Pokestop may be coming to a McDonald's near you, Gizmodo reports. If Reddit rumors prove true, a not-so-distant McDonalds sponsorship would mean you could be fighting most of your Pokemon gym battles under the golden arches with a mouth full of french fries.

8. You Can Now Take An Uber To Catch Pokemon

In the wake of the global "Pokemon Go" obsession, all sorts of business ventures have popped up seeking to capitalize on the game's success. It is now possible for committed players to hire a driver to take them from Pokestop to Pokestop, canvasing cities such as New York and Portland, for about $25 an hour. If you feel your game needs work, hire a high level real-life Pokemon trainer! You can relax at home, and let them walk around and catch those pesky pokes for you for a mere $20 an hour. I expect we'll see more enthusiastic entrepreneurs pop up as the game continues to grow.

9. You Could Have Caught A Pikachu As Your First Pokemon

When you begin the game you are offered a Bulbasaur, Charmander and Squirtle as your first catch. Most of us thought that was a pretty sweet deal, but according to the BBC, if we just walked away the game would have offered us our very own Pikachu! Ugh. Whhhhhyyyy did I not know this when I first started playing?