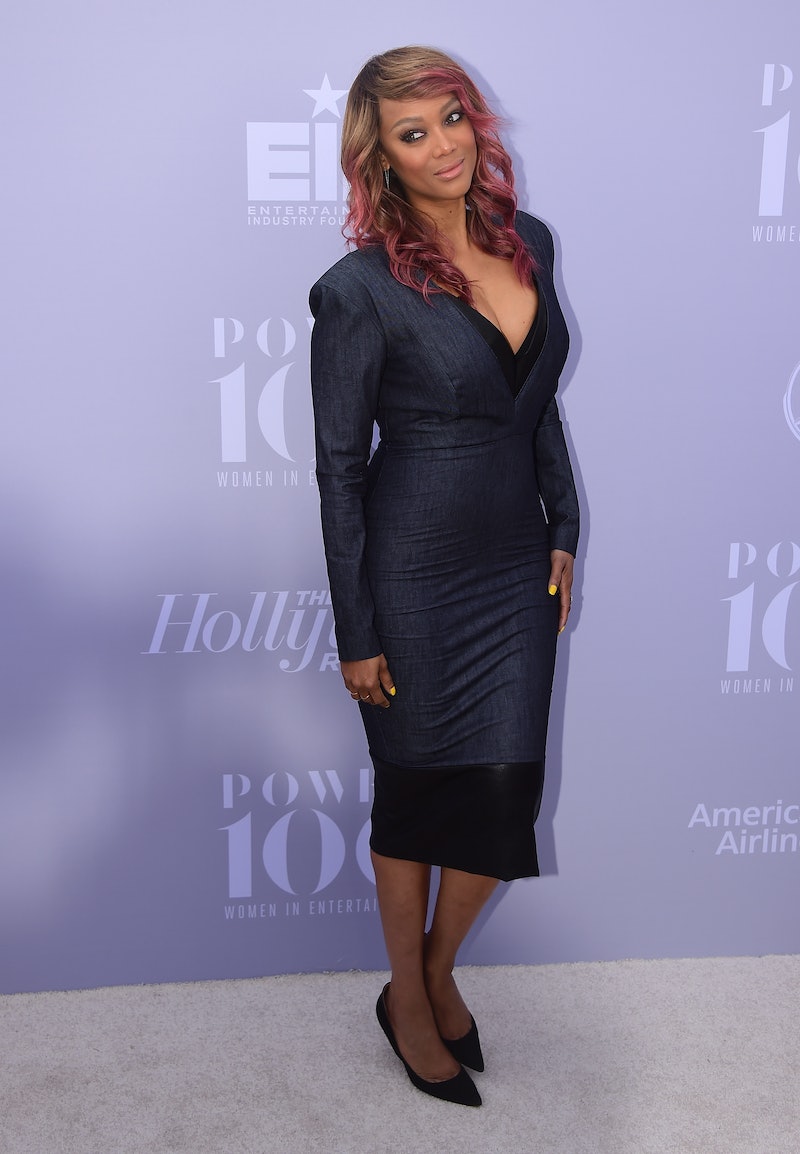 The queen of reality television competitions is making a major comeback. Not that she ever really went away in the first place, but Tyra Banks will be starring in a new show on NBC called Funded, and that, my friends, is plenty to get excited about. The show, which The Hollywood Reporter describes as a mixture between The Voice and Shark Tank, will include Banks’ amazing hosting skills and expertise. And, from the sound of this new show’s premise, I honestly can’t think of a better gig for this girl boss.

Here’s how it will work: new start-ups will be pitted against each other in every episode of Funded, with each company being mentored by one of the three business experts. Tyra Banks will be one of those experts. The other two are Rob Drydek and Rohan Oza, both business big wigs in their own right. But nothing has me more excited than the news that Banks will be returning to television in a role that she will most likely slay. It’s been over a year since she left her starring role in The Fab Life and America’s Next Top Model, and I for one am pumped to see this model and hosting extraordinaire return to the silver screen.

I’m thinking that Banks was just waiting for the perfect time to return, because this new gig as a mentor seems like the perfect one for her. In a quote about the new show, she explained why this show aligns with her interests and expertise perfectly: “I have spent my life encouraging people to BYOB — be your own boss. Making everyday people's dreams come true is what I live for. Funded is the life-changing type of television power project that gets me pumped. We will enlighten and entertain audiences big time and encourage our viewers to attack their most outrageous goals with fierce determination."

With enough experience to inspire anyone just starting out, a starring role as a business mentor sounds like one that Banks will absolutely kill. Now excuse me while I go watch reruns of America’s Next Top Model while I wait for my favorite boss to make her triumphant return to television.