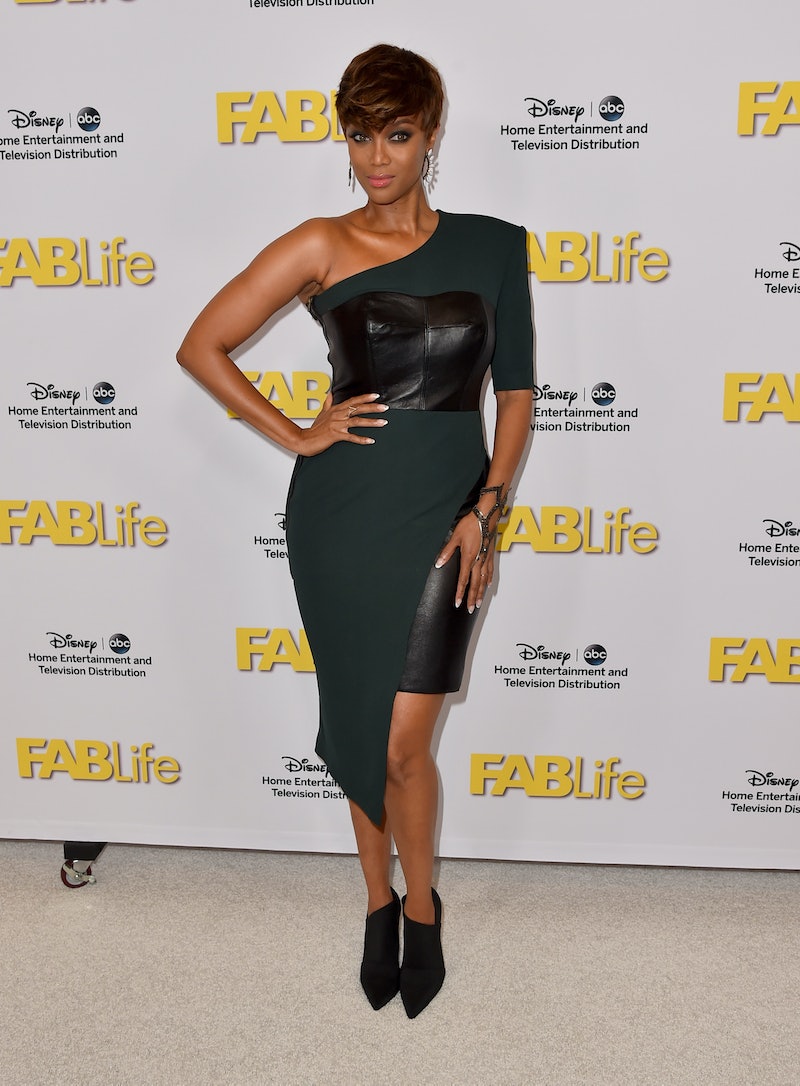 Less than three months after it premiered, Tyra Banks has quit FABLife to focus on her TYRA Beauty brand. The supermodel-turned-media mogul announced that she will be leaving the daytime talk show that she created and co-hosted alongside Chrissy Teigen, Joe Zee, Lauren Makk, and Leah Ashley. In a statement released today, Banks explained why she made the difficult decision to leave FABLife:

"I will be devoting more time to my new, growing cosmetics company, TYRA Beauty, which is expanding faster than anticipated, as well as overseeing my company's other entertainment ventures. I will, however, continue to support the growth and success of FABLife and greatly admire my fellow co-hosts and the talented production team behind the show."

After last month's announcement that America's Next Top Model is ending, many are left wondering if Banks is completely giving up on television to concentrate on building a beauty empire. She even posted a follow-up message on Instagram about why she's putting all her efforts on her cosmetics brand. "TYRA Beauty is all about being the CEO of your life, creating amazing opportunities and zagging when others zig. I've made an executive decision to keep following my heart and spend more time focusing on my army of entrepreneurs, my Beautytainers, so we can bring the power of transformation to people everywhere. You all inspire me."

From 2005 to 2010, Banks hosted her own Emmy Award-winning talk show. Even though her time on FABLife didn't last as long, she still inspired and entertained the audience. Here are seven highlights from Tyra Banks' time on FABLife:

Banks and her co-hosts kept it real when it came to dishing lifestyle secrets.

Embracing Her Silly Side

Because it's not always about "Smizing."

Banks had teen designer Kyemah McEntyre on the show because, of course.

Celebrating All Types Of Beauty

It's always been part of Banks' platform to praise women of all shapes and sizes.

Don't mess with Tyra Banks, y'all.

More like this
Gemma Owen’s Swimwear Line Is The Real Winner Of 'Love Island'
By Frances Stewart
Most Comfortable Underwear For Big Butts
By Audrey Williams
42 Black Owned Fashion & Beauty Brands To Support Today & Always
By Mekita Rivas, Shea Simmons, Kui Mwai and Dominique Norman
Jennifer Garner Shared The Beauty Wisdom She Thinks Is Better Than Fillers
By Brad Witter
Get Even More From Bustle — Sign Up For The Newsletter