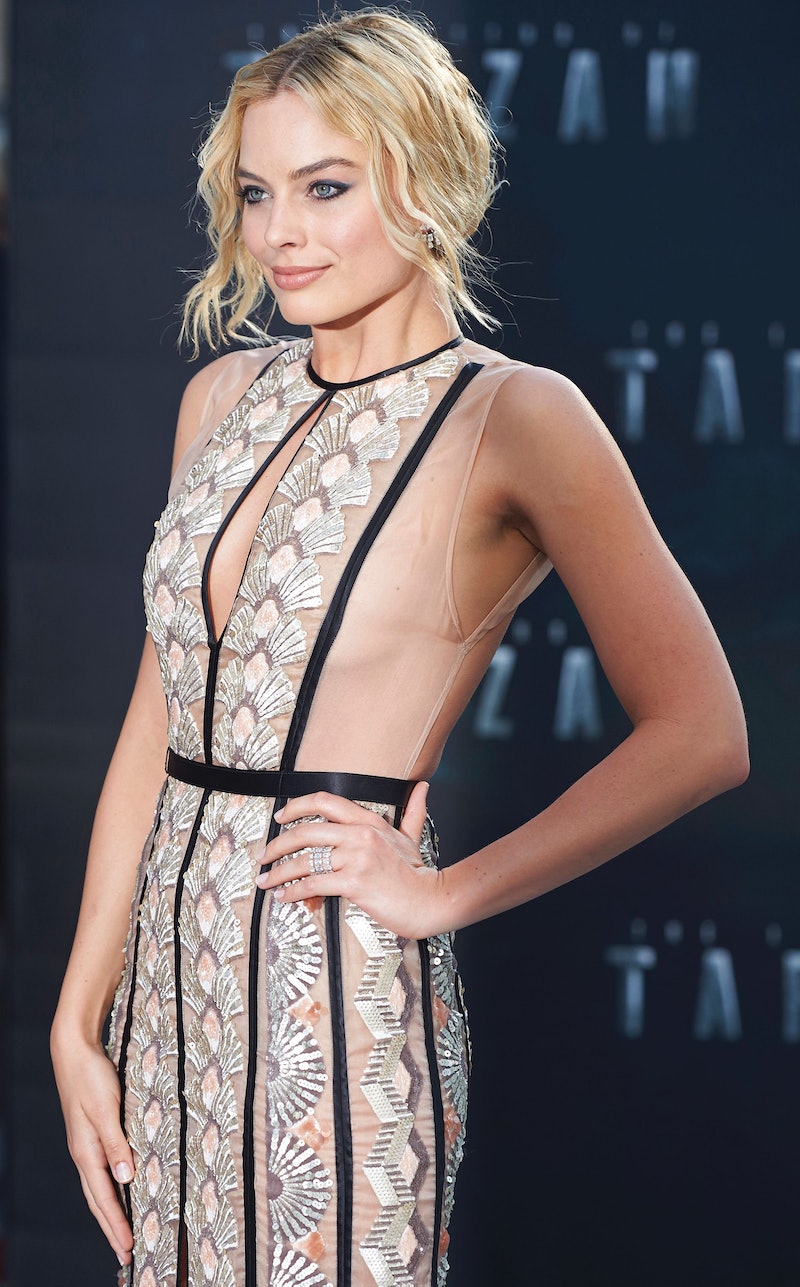 There's no shame in seeing a therapist. Even when you're Margot Robbie. And even when that therapist is New England Patriots' tight-end Rob Gronkowski, as it just so happened to be at the 2016 ESPYs on Wednesday night. In a silly Suicide Squad tie-in at the 2016 ESPY Awards, Robbie lays down on her psychologist's couch, discussing the upcoming movie (and her role as Harley Quinn) and all the hardships she's endured throughout the process. It's a tough life, to be sure — and Gronk totally gets it.

"The movie's coming out in a few weeks. And everyone's just talking about how it's just a squad full of bad guys. But there's more to it than that, you know?" she sighed. "For starters, they're actually really friendly. And we have a leader with tremendous accuracy. Teammates who many would consider unstoppable. I mean, absolute monsters."

"Does the squad bend the rules sometimes? Sure," she admitted. "But that's only because they want to win. And what's wrong with winning?"

Absolutely freaking nothing, if you're talking to a therapist who also happens to be a Patriots player.

"I totally get it," a pipe-smoking Gronk replied. "Haters give my squad a hard time, too." #DeflateGate reference? Probably.

And Gronk-style it looks like it'll be, as Robbie graciously accepted his advice and felt understood by the football star.

Not saying that Gronkowski should quit his day job to go into the psychiatric profession (or even the acting one, TBH), but the bit is cute — watch above — and contains clips from Suicide Squad that'll get any fan pumped for its release.

And whether Margot Robbie is playing a parody of herself or a badass sidekick of the Joker, she's always on top of her game. Even as a patient of a football-playing therapist.