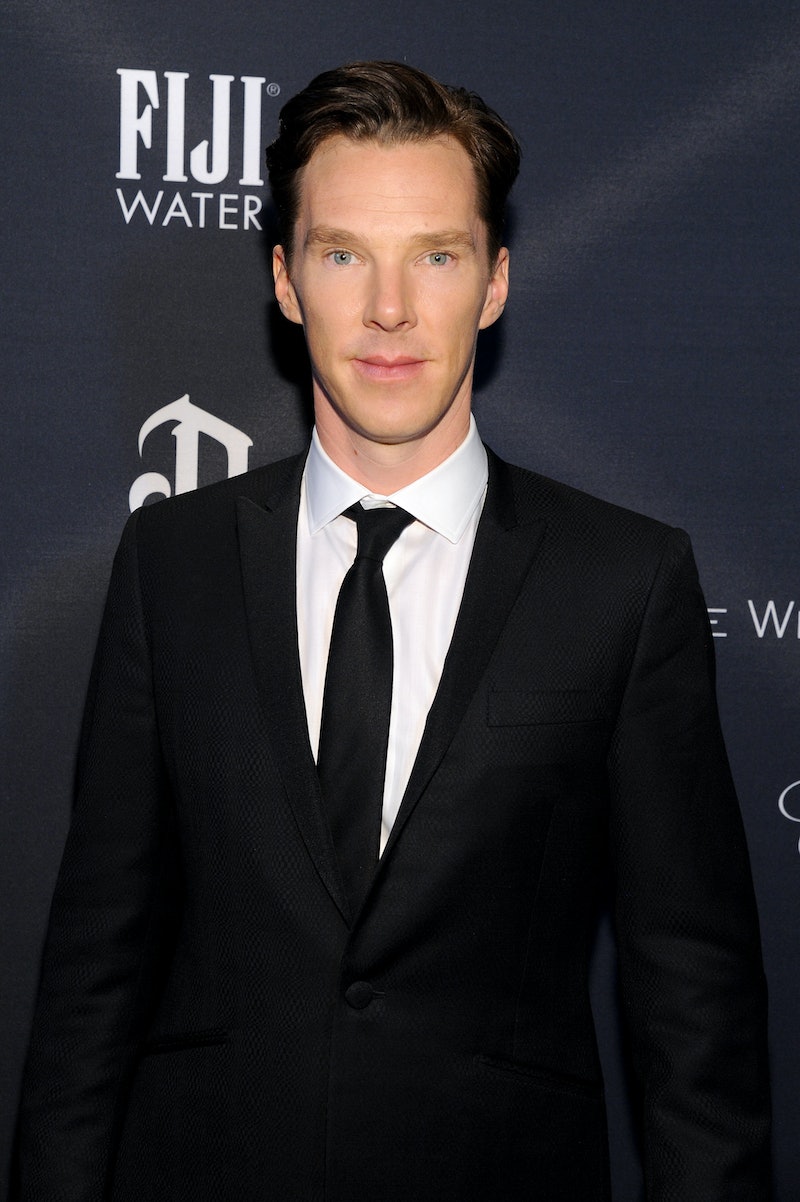 When it comes to any awards show, there are always surprises. For example, during Thursday's Emmy nominations, it was announced that Benedict Cumberbatch scored a 2016 Emmy nomination in the Outstanding Actor in a Limited Series or Movie category. As TV fans know, Sherlock didn't release a new season during Emmys time (Season 3 came to a close in 2014, and Season 4 is right around the corner), but that didn't stop the British actor from snagging recognition for Sherlock: The Abominable Bride, the special that aired on both BBC One and PBS in January.

Clearly, Cumberbatch pulled off his performance as Sherlock Holmes in Victorian times beautifully, which is probably why he now has a chance to take home another Emmy. In 2014, he took home an Emmy for Outstanding Lead Actor in a Miniseries or a Movie for his lead role in Sherlock.

By no means am I arguing against the 38-year-old actor's nomination by calling it a surprise, because he is beyond a talented actor. It's just that I wasn't expecting it considering when the last real season of the show came out. With each season and episode, he steals the show as Sherlock and brings a brilliant element to the small screen as the character first created by Sir Arthur Conan Doyle. Really, both he and Martin Freeman should be nominated more often for their amazing work. I guess the Emmys felt the same way with Cumberbatch. However, Freeman was not nominated. Though, he did take home an Emmy in 2014 (same year as his co-star) for Outstanding Supporting Actor in a Miniseries or a Movie.

Now for the big question. Will Cumberbatch take home the award? It's a tough category, with nominations for Bryan Cranston (All The Way), Idris Alba (Luther), Cuba Gooding Jr. (The People v. O.J. Simpson), Tom Hiddleston (The Night Manager), and Courtney B. Vance (The People v. O.J. Simpson). As much as I'd love to see Cumberbatch up on that stage accepting an Emmy, my money is on Gooding or Vance. They were outstanding in American Crime Story and truly deserve all the recognition.

But, you never know what will happen. With that, good luck to Cumberbatch and his fellow nominees.

More like this
Kaley Cuoco & Tom Pelphrey Just Made Their First Public Appearance As A Couple
By Hugh McIntyre
Pete Davidson & Kate McKinnon Are Part Of A Reported Major SNL Cast Shakeup
By Brad Witter
Colin Firth Revealed His Favourite Mr. Darcy (& No, It's Not Himself)
By Sophie McEvoy
'Heartstopper’s Joe Locke Has A Sweet Message For Queer Fans
By Sam Ramsden
Get Even More From Bustle — Sign Up For The Newsletter