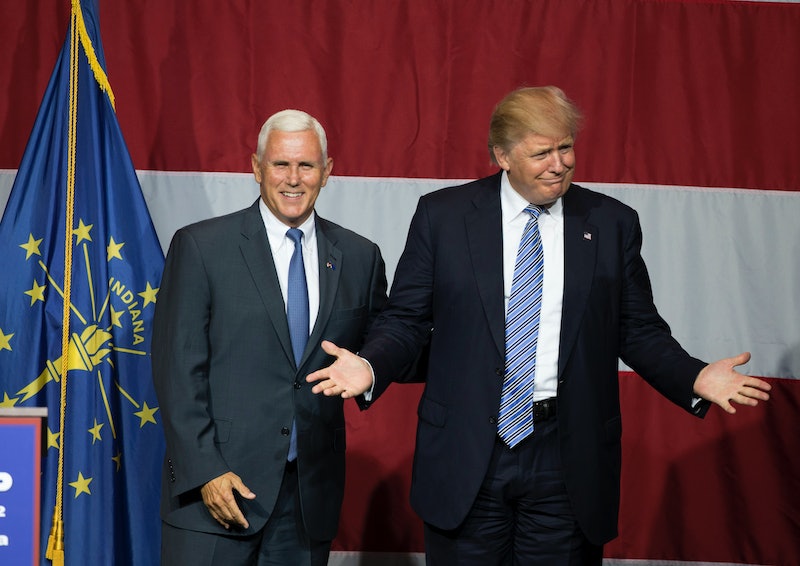 Earlier: Donald Trump’s pick for Veep may no longer be a mystery. According to a Roll Call report's anonymous source — listed as a Republican insider — Trump has chosen Indiana Gov. Mike Pence as his running mate. Trump's team has not confirmed the reports that Pence is the presumptive Republican nominee's vice presidential pick, and members of his campaign have taken to Twitter to repeatedly stress that the official selection will be announced Friday in New York at 11 a.m. The Indy Star reported that it has confirmed that Pence is Trump's vice presidential pick. How would the addition of Pence help Donald Trump's presidential campaign?

Pence has been the governor of Indiana since 2013. Before that, he served six terms in the House of Representatives. This record gives Pence the legislative experience that Trump has been saying he wants in a vice president. It also helps that Pence served on the House Committee on Foreign Affairs. According to The Hill's Jonathan Easley, Pence has many loyal supporters within the Republican party in Washington D.C., and has some convenient connections to the GOP fundraising network, and fundraisers like the Koch brothers. Pence is also "a staunch social conservative," according to Easley, and a devout evangelical Christian. These qualities could certainly help Trump shore up support from those in the GOP who worried that the presumptive nominee would not be committed to hardcore conservative ideals on social issues, like gay marriage, LGBT rights, and abortion.