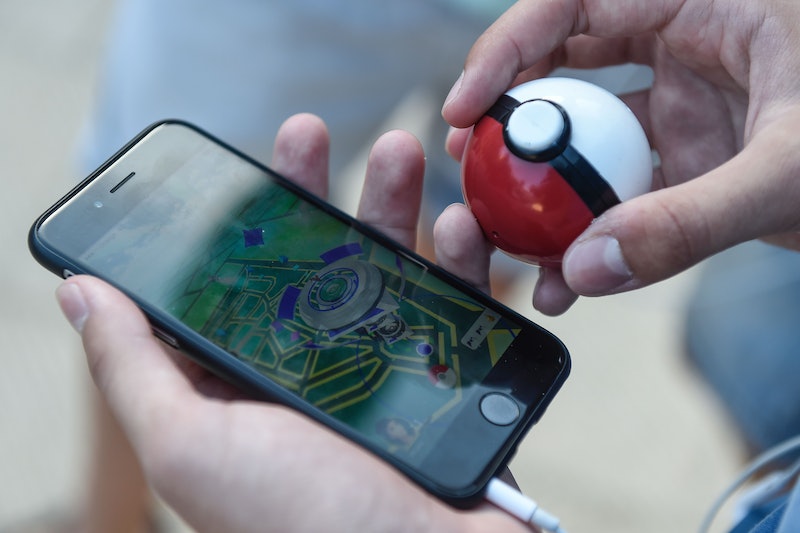 Barring some sort of deep space mission from which you've only recently returned, you've definitely heard of "Pokemon Go" by now. If you're one of the literal thousands of people obsessed with the augmented reality (AR) game, you're already aware of the multitude of reasons every '90s kid should play "Pokemon Go." Chief among them, of course, is the nostalgia factor; as the generation born in the era of frosted tips and boy band rivalries continues to age into adulthood, we've started looking back on our childhoods with (possibly unwarranted) rose-tinted glasses. Seriously — Googling "reasons the '90s were better" returns more than 23 million results.

Considering the massive market for all things '90s at the moment, the immense popularity of "Pokemon Go" comes as no surprise. The Japanese video game franchise, which combined creator Satoshi Tajiri's bug collecting hobby with his love for games, was everywhere in the '90s: In addition to the video games, the franchise included playing cards and a widely-watched cartoon. However, "Pokemon Go" isn't fun just because it makes you feel like a kid again — it's a big part, obviously, but that's not the only reason. So if you've been avoiding the game because you have no patience for '90s nostalgia, you might want to rethink your stance; it's the kind of game virtually everyone born in that era will enjoy. If you don't believe me, here are six reasons to change your mind.

1. It Gets You Outside

Many Millennials are adults now, which means the majority have jobs to pay the bills. As a result, many people probably don't get outside as much as they used to, but "Pokemon Go" is pretty much the best way to get some fresh air and entertain yourself at the same time. (It's worth noting that some psychologists say all the ensuing trekking 'round the countryside will tangibly improve people's mental health.)

At the risk of sounding trite, one of the coolest things about playing "Pokemon Go" is the journey itself; players around the world are praising the game for encouraging them to explore their area, sometimes in inventive ways.

There's a reason apps like Bumble BFF are so darn popular among young adults — '90s kids are starting to realize that making friends as an adult is far more difficult than you'd think. "Pokemon Go" is a bona fide phenomenon, and there's a good chance that you'll meet other players when you're out hunting for Pokemon. (Just watch out for people who want to stab you.)

4. You Can Choose Pikachu As Your First Pokemon

Do you see that photo? That's from when I fulfilled one of my most sacred childhood fantasies: Choosing Pikachu as my first Pokemon, just like Ash Ketchum. All you have to do is continually walk away from the trio of starter Pokemon (Bulbasaur, Charmander, and Squirtle) a few times and Pikachu will eventually appear.

5. You Have An Excuse To Dress In Costume

You can't tell me you didn't fantasize at least once as a kid about wandering the countryside in full Pokemon costume.

6. It's A Technological Marvel

Even if you miraculously missed out on the Pokemon phenomenon as a '90s child, "Pokemon Go" could represent a new era of technology. Although AR games have been around for some time, "Pokemon Go" is the first to gain such widespread, international popularity. Do you want to be the person who missed out on a game that could spark a new era of AR entertainment? I didn't think so. Now get out there and make your '90s self proud.