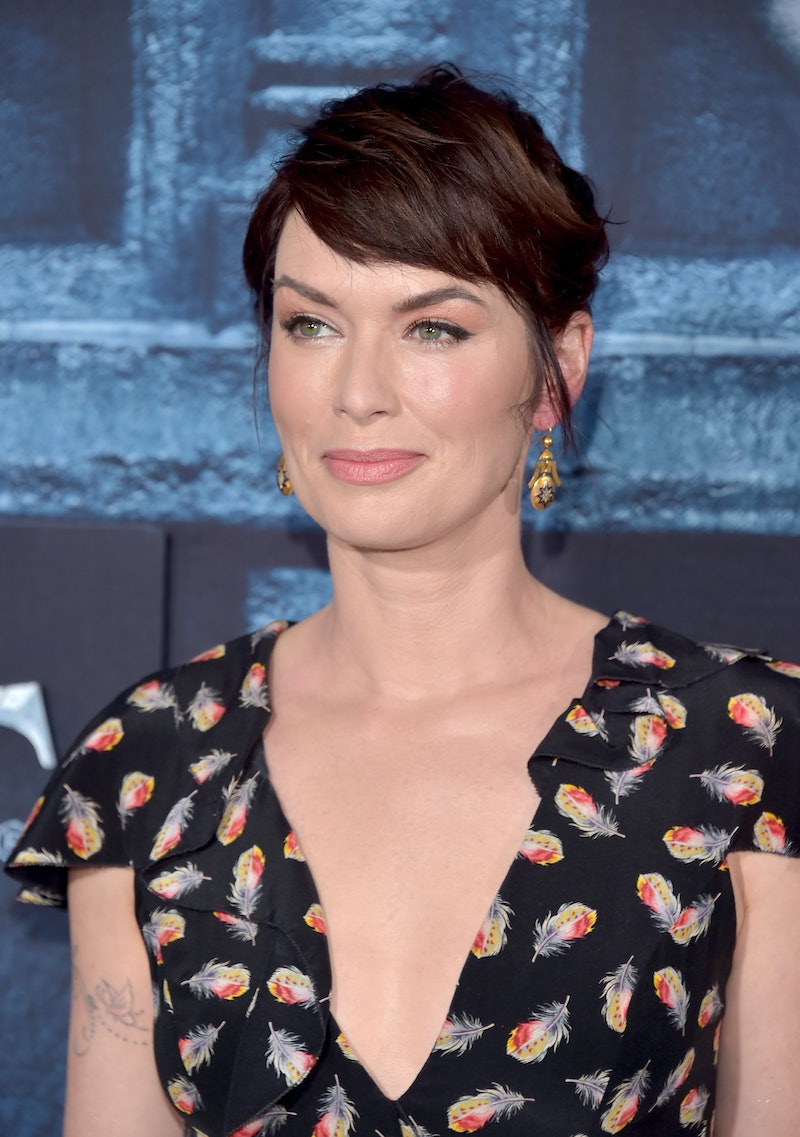 There are a number of disappointments that came out of the 2016 Emmy nominations, which were announced on Thursday morning. (Like the fact that Rachel Bloom received zero nods for her extraordinary work on Crazy Ex-Girlfriend, for example.) However, Lena Headey's Emmys nomination for Supporting Actress in a Drama Series is certainly not one of them. While this certainly isn't her first time to nab some well-earned Emmy love, it's still an exciting prospect, especially since she has yet to win in this category throughout her whole time of playing the conniving Cersei Lannister on Game of Thrones. (An Emmy injustice if there ever was one.)

However, the actress herself is just thrilled to be nominated once again. After reaching out to her PR reps for comment, Bustle received a response from Headey about her Emmy nomination and her reaction is not only perfect, but further proves that Headey is nothing like her cold and villainous character. "Totally overwhelmed," Headey remarked regarding her Emmy nod. "Thrilled for the show receiving so many nominations.... Wahoo!" That final word pretty much sums it up, I should say. I mean, can you even imagine Cersei getting excited enough to use an exclamation point, let alone say the word "wahoo"? I think not.

But Headey's polar opposite demeanor from her character only further demonstrates her incredible acting range and proves that she definitely deserves to take home a win this year. I've expressed my love for the character of Cersei Lannister numerous times, but it's Headey's impressive acting that makes it all possible to begin with. It would've been easy for her to make Cersei an outright villain, but there's way more to this Westeros resident than that. She's complicated and aggravating and, at times, dare I say, even a little sympathetic. That is not an easy line to tread, my friends.

So come on, Emmy voters — it's high time this Queen of King's Landing received a win for all of her hard work. Cersei had her best year yet on Game of Thrones Season 6. It seems only fitting for Headey herself to follow suit.