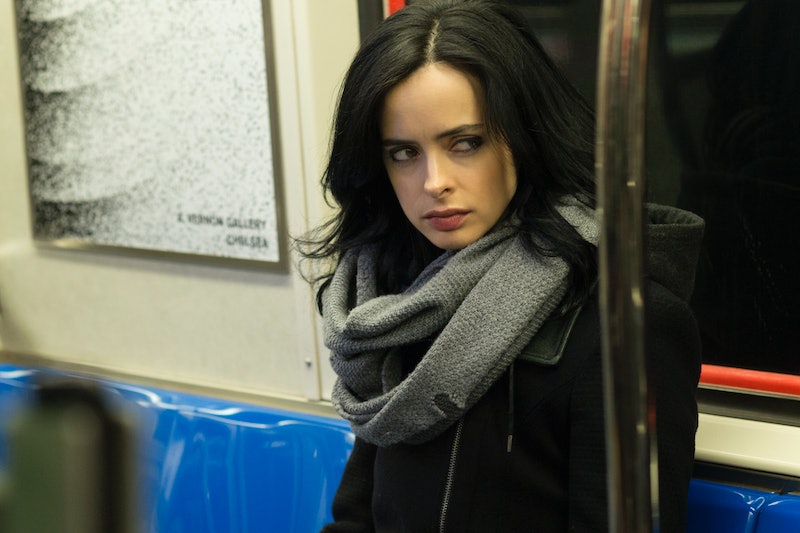 As always, the Emmy nominations seem to come with their fair share of snubs and surprises. From certain shows taking up repeated spots year-after-year to newcomers busting through the predictions, no one is ever truly going to be happy with the entire list of Emmy nominations. However, with the nominations for the 68th Annual Emmy Awards announced, there seems to be one blatant snub staring me in the face that I really can't ignore. Despite all of the incredible shows that picked up nominations in the Lead Actress and Best Drama Series categories, one show was noticeably missing: the biggest Emmys snub of 2016 is Netflix's Jessica Jones .

Now, first off, I just want to point out that Jessica Jones did not get away with zero nominations. The Marvel and Netflix original series that premiered November 20, 2015 landed itself two nominations in its premiere year for Outstanding Main Title Design and Outstanding Original Main Title Theme Music. Those are both categories with which I think those nominations — although not commonly publicized — are incredibly well-deserved.

But it's the lack of recognition for the larger categories that comes as a straight-up shock. Not only was Krysten Ritter's outstanding portrayal of Jessica Jones one that was both memorable and relatable, but the details of the story were handled with the utmost level of care when it came to the show's costume design and behind-the-scenes production as well. And don't even get me started on the show's script. Despite there being a written basis for the writers to go off of, as many shows, including Game Of Thrones, seem to be formatted today, the show's ability to handle highly sensitive material in a non-biased and articulate way is definitely a feat that should be applauded.

So, why wasn't Jessica Jones considered for categories other than ones related to it's mesmerizing title sequence? Personally, I feel like the reason why all stems from the question of whether or not the Television Academy will ever really take a superhero-themed show seriously. While shows such as Jessica Jones, Daredevil, and Gotham may have received nominations in some of the technical categories, not one of them has been taken seriously in regards to main categories like Best Lead or Supporting Actor/Actress, Best Directing, Best Writing, or even, Best Drama Series.

Yes, it can be said that the competition is already stiff in those categories, but it can also be said that Jessica Jones is a whole lot more than a comic book come to life for its fans. In fact, the way Jessica's story was developed was highly-thought out and full of detailed, rich perspectives from the very beginning. That's not a given for most shows on television, and it was truly groundbreaking for the Netflix series considering it's incredibly dark subject matter.

All I'm trying to say is that it's time for the Television Academy to stop differentiating between superhero-themed shows and any other dramatic television show either on network television or available for streaming. A show like Jessica Jones should never be snubbed when it comes time to win all the awards.