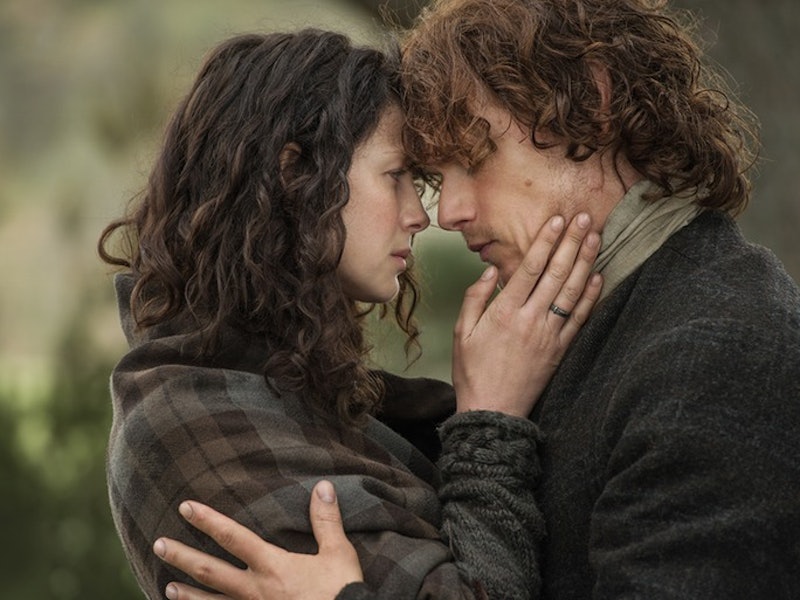 Here's some news that's bound to break your Highlander-loving hearts. Outlander has been snubbed by the 2016 Emmys, failing to receive recognition in any of the main categories. Granted, it did nab two nods overall for Outstanding Production Design for a Narrative Period Program and Outstanding Costumes for a Period/Fantasy Series, Limited Series or Movie. But that's it. There was nothing in the acting categories and certainly no mention in the Outstanding Drama Series. And to be completely honest, the oversight is downright unforgivable at this point.

Unfortunately, though, this isn't the first time Outlander has been snubbed by an award show. In fact, it wasn't all that long ago that I was lamenting over how Outlander failed to receive any love at the 2016 Golden Globes as well, which makes it all the more infuriating to see it happen yet again. I had hoped that snub wouldn't prove to be an indicator for how the Emmy nominations would unfold, but apparently that was all just wishful thinking. In fact, they actually received less recognition than at the Globes, which is just mind-boggling because Outlander is truly a small screen masterpiece that deserves far more praise than its getting throughout the years.

Whether you're a fan of the books or not, it doesn't matter. Outlander has the power to entrance everyone who sets eyes on it. Sure, there are some truly gruesome parts to watch throughout the narrative and it'll certainly put you through the emotional ringer, but isn't that all part of what makes a show great? It's ability to really make us feel for these characters and the storylines they've created? I mean, the setting alone is stunning, so when add the incredible actors and compelling narrative, you really are getting the whole package.

Outlander takes quality television to an entirely different level and shows you how riveting a period drama can be. That's certainly worth a fair share of awards and at the very least, a nomination. Come on, Emmys. You're better than this.