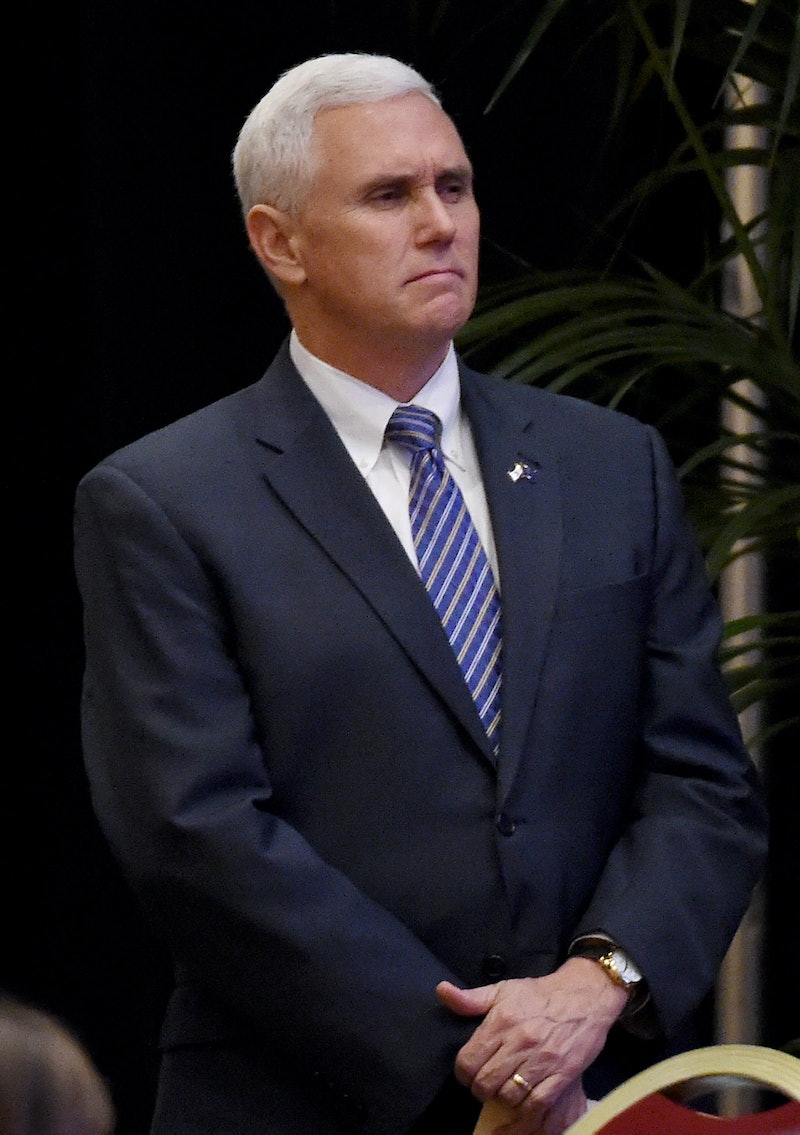 Earlier: Although it will remain unconfirmed until the official announcement at 11 a.m. on July 15, several publications are reporting that Mike Pence will be Donald Trump’s running mate in the 2016 election. So, you’re probably interested in learning more about the potential vice presidential candidate, and these 11 photos of Mike Pence’s family give you a glimpse into his everyday life.

Pence is married and has three adult children. He currently serves as the governor of Indiana and his wife, First Lady of Indiana Karen Pence, is a teacher. His family has been involved with his political career ever since the very beginning. Bustle has reached out to Pence's family members for comment.

"Frankly, we've had a pretty normal childhood. We've seen some cool things in DC and now Indiana, but it's been pretty normal until the last six months," his son, Michael Pence, said to WTHR.com. However, if Pence is in fact Trump’s choice for VP, the family will be in the spotlight more than ever before.

Here's Pence and his family in the early days.

Pence and his wife of course took part in the patriotic festivities.

In fact, it's common to see his wife by his side.

He's a busy dad of three.

Meet the First Lady Bug (get it?) and her cowboy.

6. Shout-Out To The Kids

Can't forget to thank the kids for being apart of the process!

You've got to make time for family, even with political matters at hand.

Taking the fam out to the ball game!

Even when you grow up, you can still spend time at the fair.

Being a father has got to outweigh any kind of political accomplishment, I'd imagine.

He's got his mom and wife to thank for his successes, too.