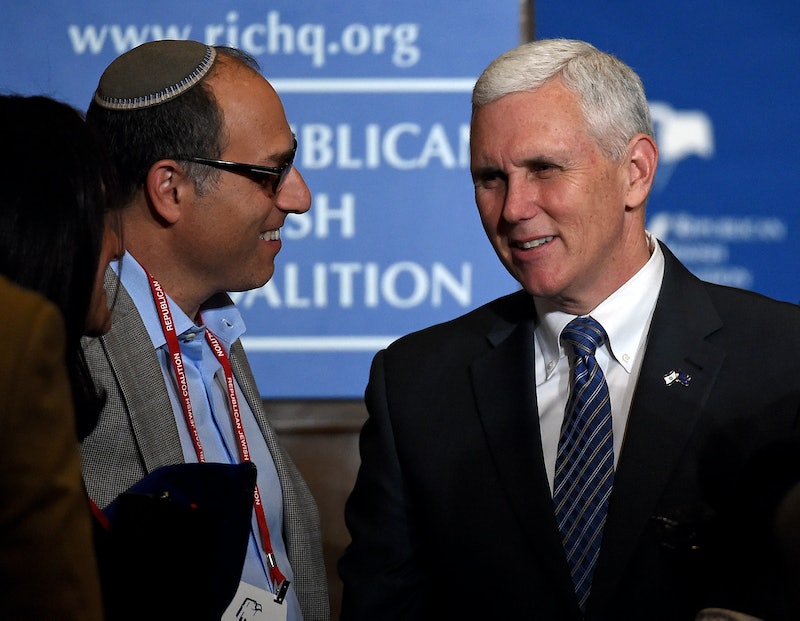 Earlier: Religion is always a major topic of conversation when it comes to the Republican Party. So you might be wondering — what is Mike Pence's religion? Well, it may not surprise you, but he is Christian through and through. In fact, Pence has been quoted as saying he is, "a Christian, a conservative and a Republican, in that order," according to Meg Anderson and Domenico Montanaro on NPR.org.

Pence's religious beliefs cropped up in college, when he became a born-again Christian. Since then, he has put his religion at the foreground of his political persona, NPR reported. Specifically, Pence is an evangelical Christian.

In a 2010 appearance on the Christian Broadcasting Network, he said, "For me, it all begins with faith. It begins with what matters most and I try and put what I believe to be moral truth first, my philosophy of government second, and my politics third."

Although, his faith and politics have mixed throughout his career. "While he has more recently championed tax cuts and limited spending, he long has fought fiercely for religious rights, pro-life legislation, and to define marriage as between a man and a woman," said Chris Sikich on IndyStar.com.

So you probably won't be shocked to hear Pence's stance on abortion rights. "Staunchly pro-life, he famously said he was willing to shut down the federal government in 2011 to defund Planned Parenthood, which conducts abortions among its health care services for women," Sikich continued. Not too surprising at all.