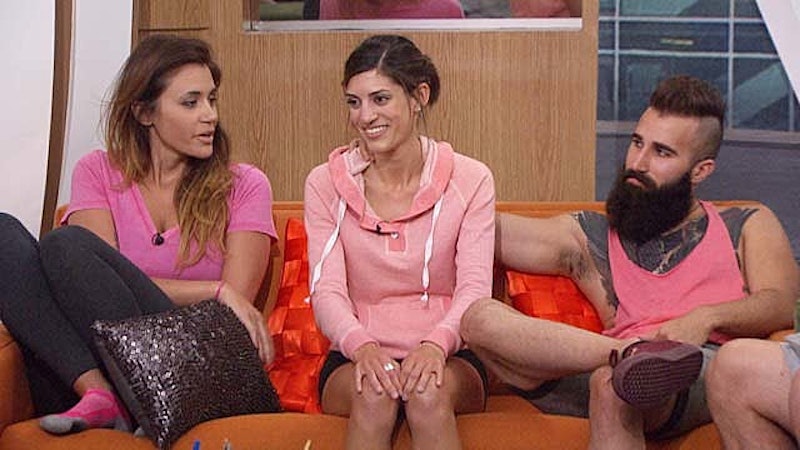 After Victor was evicted on BB18 last week, it seemed obvious that Tiffany would be the next to go. With Frank gunning for her and Bridgette as Head of Household, the road to eviction appeared to be paved for Tiffany. However, in a last ditch effort from Corey, Nicole, Da'Vonne, Zakiyah, and Michelle, Bronte was evicted from Big Brother 18 .

Looking ahead to next week, Nicole, Corey, Michelle and Da'Vonne decided that they wanted Frank out of the house more than they wanted to evict Tiffany this week. Even though Bridgette nominated her, Frank was the real reason that Tiffany was on the block. Looking ahead, Tiffany is one vote they can count on to evict Frank. In the end, that outweighed her wildcard factor (read: independence and untrustworthiness and tend to get emotional), and the five members of the Eight-Pack banded together to vote Bronte out of the Big Brother house. Though he was in on the plan, Paulie curiously chose to vote Tiffany for eviction — along with James, Frank, and Natalie. This raises the question: Do his allies Zakiyah and Nicole know that he voted Tiff? And, if they don't already know, what will they do when they find out?

Bronte's eviction could also put Frank's close relationship with Bridgette in jeopardy. After all, he was the Roadkill Competition winner who put Bronte up for eviction in the first place — an act he revealed to Bridgette when they were cuddling. Will she hold Bronte's eviction against him, or stick by his side? Something tells me Bridgette is in too deep with Frank to escape from his clutches now, but she could surprise us. We'll just have to keep watching to find out.