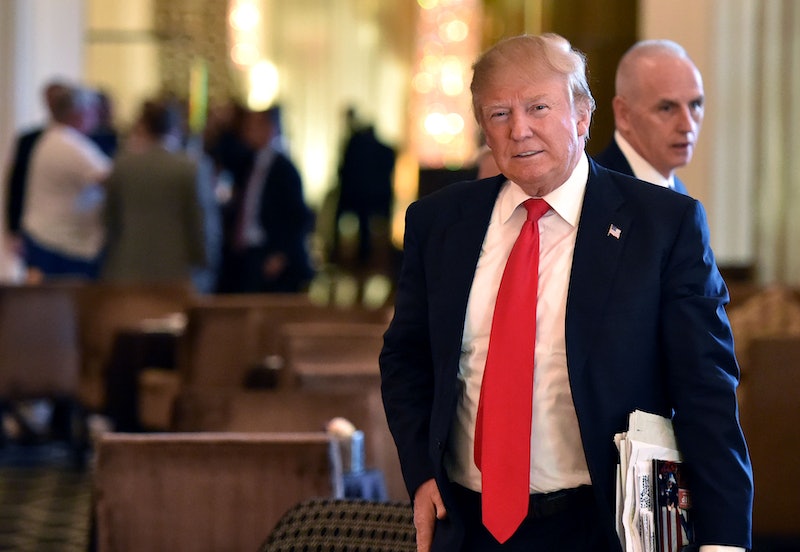 Earlier: More than 77 people were killed on Thursday when a truck drove through a parade of people celebrating Bastille Day in Nice, France. Many details about the crash remain unknown, including the motive of the driver and whether they had any connection to terror networks. Not surprisingly, though, this ambiguity hasn’t prevented Donald Trump from delivering what may be the worst response to the Nice attack imaginable.

In a phone interview with Bill O’Reily, Trump was asked if he thinks that this is “a world war scenario.” The presumptive Republican presidential nominee confirmed that yes, he thinks we are “absolutely” in the midst of a world war.

“This is war!” Trump boomed. “If you look at it, this is war, coming from all different parts.”

This is an awful reaction for a few different reasons. First of all, Trump is either misinformed or uninformed, because as of this writing, the motives of the driver are unknown. The claim that the Nice crash has catalyzed a “world war” isn’t even comprehensible unless one assumes that it was a terrorist attack. And that’s really not the kind of assumption one should make in the absence of, you know, proof.

Second of all, even if this was a terrorist attack (and it may well prove to have been one), that would not mean we’re in a “world war.” It’s true that there have been a series of high-profile attacks in Western countries over the last year or so, but a string of terrorist attacks does not make a world war.

By most historians’ definition, there have been two world wars. Both of them involved countries in multiple continents across the world declaring war on each other, mobilizing their militaries, and having long, bloody battles over the course of many years that left millions of people dead. That is not what’s happening now, and it’s not even close to what’s happening now. In 2014, an estimated 32,685 people were killed in terrorist attacks. That is, by any measure, an appalling and tragic number, but it's not the stuff of world wars.

Terrorism is, sadly, a common occurrence. Less than a month ago, for example, a suicide bomber killed 250 people in a stadium in Iraq. It didn’t receive much press coverage in the West, but that didn’t make it any less of a tragedy. In fact, it was the most deadly suicide bombing in Iraq since the U.S.-led invasion in 2003. Yet Trump didn’t react to it by declaring that we were in the midst of a “world war.”

The unavoidable and reprehensible implication of Trump’s comments is that it only counts as a world war if Westerners are among the dead. There’s really no other way to interpret it, and in fact, Trump more or less confirmed that this was his attitude later in his interview with O’Reilly.

He didn’t mention the recent terror attacks in Lebanon, or Turkey, or Indonesia, or Iraq, or Saudi Arabia. Only the United States and France. While Trump made no reference to the Nice driver’s ethnicity, there are strong currents of xenophobia and nativism undergirding his "world war" claim.

Lastly, and most broadly, saying that we’re in a “world war” is crude and irresponsible fear-mongering. In actuality, very few Americans have been killed in terrorist attacks over the last decade.

There are a lot of reasonable reactions one might have had to the Nice crash: grief, confusion, fear, sadness. Declaring that we’re in a “world war,” however, is not one of them.