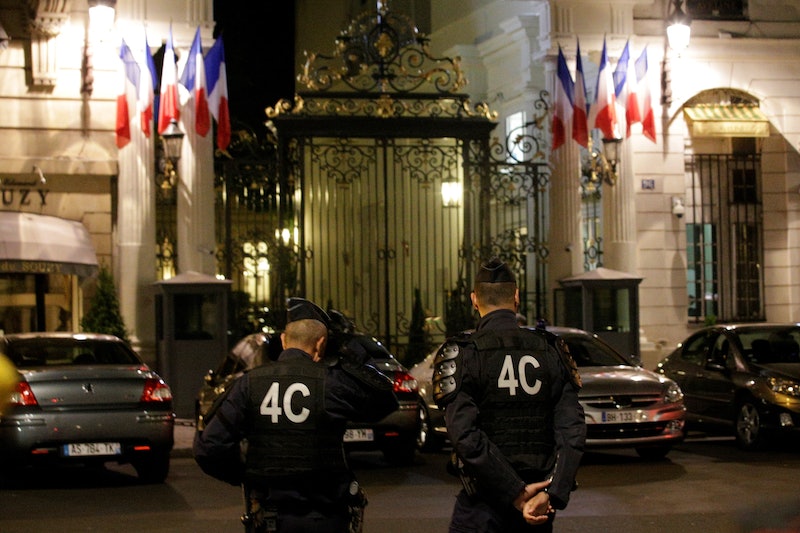 Update 1: A GoFundMe campaign for the Copeland family has been established and verified. According to the latest reports, at least 84 people were killed in the attack in Nice, France, and over 180 are injured. Of the wounded, François Hollande, the president of France, said on Friday there are 50 victims “in between life and death." After an emergency meeting of French security and defense officials, Prime Minister Manuel Valls said: "Terrorism is a threat that weighs heavily upon France and will continue to weigh for a long time. We are facing a war that terrorism has brought to us." Among the victims, who were celebrating the French holiday of Bastille Day, were a number of tourists, including two Americans, Sean Copelend and his 11-year-old son, Brodie. To help victims of the Bastille Day attack, you can contribute to verified fundraisers or donate blood.

Earlier: Of the at least 80 people killed in an attack on Nice, France, two victims have been identified as American. Austin, Texas natives Sean Copeland and his 11-year-old son, Brodie, were on a family vacation, according to a close family friend, when a truck barreled through the festive crowd in what appears to have been a premeditated terrorist attack. The identities and nationalities of each of the remaining victims have yet to be confirmed and released. In response to the tragic and unexpected loss, the Copeland family released a statement from Nice, Austin's KEYE TV reported early Friday morning.

We are heartbroken and in shock over the loss of Brodie Copeland, an amazing son and brother who lit up our lives, and Sean Copeland, a wonderful husband and father. They are so loved.

As fireworks in celebration of Bastille Day ended around 10:30 p.m., tourists and Nice residents alike stepped up from the beach onto Promenade des Anglais, a street that runs along the beautiful blue Mediterranean coastline. In the heat of the French Riviera city's bustling tourist season, the Copeland family was likely among those celebrating. According to one photo, the 51-year-old father had three children: two boys and one girl. Brodie appears to have been the youngest.

Hill Country Baseball, a youth league in Texas, posted a tribute to Brodie on Facebook that includes a photo of him taken earlier the day of the attack in Nice. The 11-year-old was a member of the team. Dozens of Facebook users have responded to the post, offering Kim Copeland, the mother of the family, their sincerest condolences.

Family friend Jess Davis spoke on behalf of the Copelands, the Austin Statesman reported. According to her, Sean was the vice president of North and South American for Lexmark's Kapowe Software Division. She went on to describe their family vacation through Europe as having started in Pamplona, Spain. From there, the family moved on to Barcelona and ultimately chose to celebrate Bastille Day in Nice. Shortly after Davis released the family's statement, Brodie's cousin Haley Copeland published a Facebook post explaining that the family was celebrating a birthday while on vacation. She described the difficulty of coping with such tragic news:

Americans who have heard the sad updates are posting tributes to the father and son and delivering support to the Copeland family via Twitter and Facebook. Though the attack happened thousands of miles away, it's affecting people from around the world, urging nations to stand together against these acts of violence.