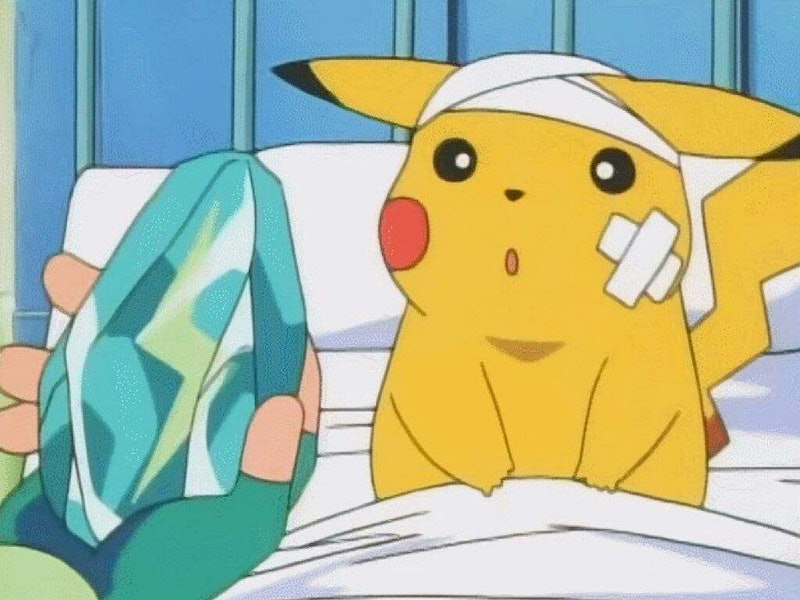 There comes a time in every "Pokemon Go" fanatic's life when you really need to step back and wonder if little Krabby is ready to become a Kingler. That moment comes with a conflict: Is it better to evolve your Pokemon early, or to power them up first? It's one of those grand existential questions without a clear-cut answer, so much of the answer depends on what you hope to accomplish in "Pokemon Go."

First, let's take a look at all the components that go into making a Pokemon stronger. There are two things you need: stardust and candy. Stardust can be acquired by catching Pokemon... literally any type of Pokemon. It's not necessary for evolving, just powering up. Candy, however, is an essential item for both, and is mainly acquired when you catch multiples of the same Pokemon you're trying to power up. If you just transfer all your duplicate Pokemon, you'll eventually get enough candy to evolve it. Sure enough, this process can be time-consuming either way, unless you live in a neighborhood with, like, 50,000 Doduo (i.e. me, which is tragic, because who has Doduo as their favorite pick?)

The major snag when it comes to using candy and stardust is this: Powering up your Pokepal takes both, and effectively can stall the delay of evolving them. Once you come across this crossroads, you'll really start to look at what kind of trainer you want to be.

If you're a battler through and through, then it might be in your best interest to power up your Pokemon to their strongest selves, with a specific concentration on a few choice picks. Maybe you don't mind taking a bit of extra time to strengthen your Pokemon; you'd rather go with a high-CP Clefairy than a low-CP Clefable. Maybe you want to claim the gym at the Olive Garden with that Clefairy, and that's fine if that's the way you want to live your life. Stationing some top picks at a gym is a great way to rake in Pokecoins; it's a noble cause.

Here is why it doesn't work for me personally. In my area (which is the "Pokemon Go"-obsessed North Brooklyn), being a gym leader is a very short-lived victory. It's fun to screenshot my 15 minutes of street cred, but I ultimately know I'll be dethroned within an hour, or less. When or if "Pokemon Go" allows me to be permanently stationed as a feared Sabrina-meets-Erica PokeGoddess at Rough Trade, then we can talk.

Until then, the other main approach is to be a collector and bolster your Pokedex. If that's your goal, I recommend evolving your Pokemon first and worrying about powering up later. Again, you might be somewhat concerned that this will leave you with a Butterfree with a not-so-intimidating 12 HP. Listen, there's definitely a method to having your cake and eating it, too.

When you're collecting the duplicate Pokemon needed, try to stick with the strongest available instead of just evolving the first Goldeen in your party. Filter out the the weaker ones as you go along on your journey — at a glance, I stick with whichever Pokemon has the most CP — and then evolve that one when the time comes. This will ensure that your Pokemon will be primed up by the time it evolves ... and don't forget, it gets a considerable power boost when evolving anyway. (I'm Team Mystic. I don't know if that's abundantly clear here.)

In short, my preference leans toward evolving the strongest version of a Pokemon first, before I blow all my stardust on it. That way, I get the new Pokemon added to my Pokedex and all the glorious XP that goes with it as soon as possible, instead of trying to foster a really, really strong Eevee. But there's no right or wrong way to play this game; it's just a matter of deciding whether to catch them is your true test, or if training them is your cause. Whatever that means.